Ever imagined Snapchat and Ebay having a baby?

Melanie Mohr did, and this German media maven has taken mobile shopping by storm with her video-based clothing resale app, Yeay, and its spin-off, WOM. Stout Magazine talked with Melanie to bring you #StoutInsights into the story behind her phenomenal success. 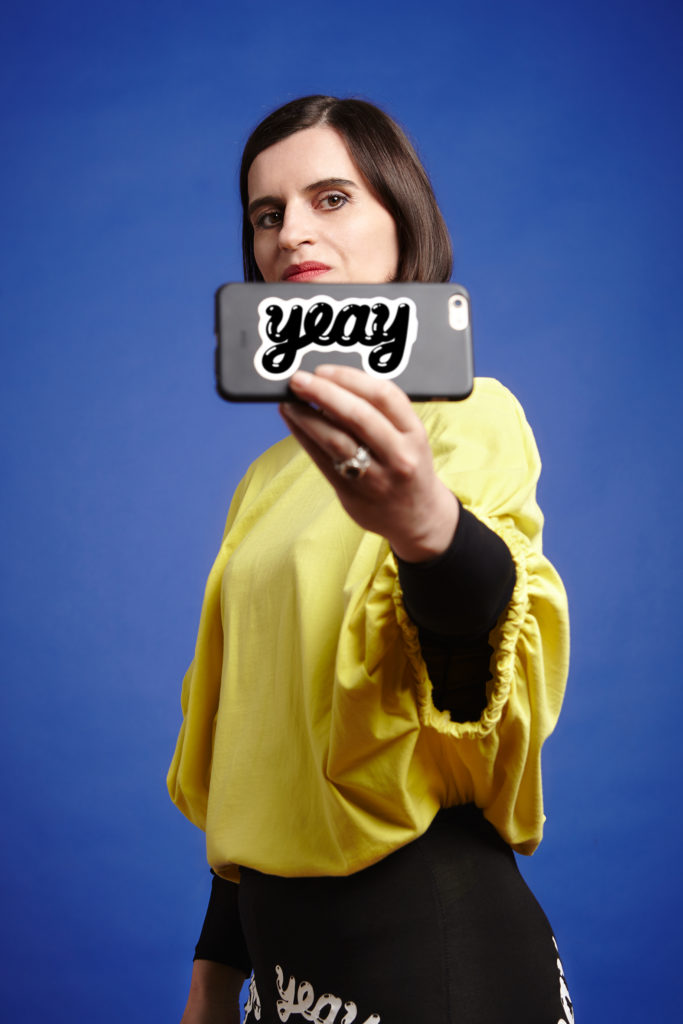 
Some people are lucky enough to catch a trend and run with it. But to catch three trends at once? That takes more than luck – it takes skill and hard work. Yeay founder and CEO Melanie Mohr has plenty of both, and they have launched her to the top of the social retail space. The Yeay app went from idea to incorporation in a mere three weeks, and from beta to business in less than 18 months. Her second venture, the WOM Token, followed a year later.

This meteoric pace was powered by the confluence of three hot areas: Generation Z, social retail, and blockchain/cryptocurrency. Being the mother of three teenagers put Mohr in the perfect place to absorb the habits of Gen Z. Raised on social media, this generation doesn’t have time for ads, but they are more than willing to engage with short video stories. When Mohr read an article about TV shopping, it inspired her to consider what it would take to engage a teenage audience. Her background as a TV video producer kicked in, and she instinctively knew that short-form mobile video was the answer.

Officially launched in 2017, Yeay has been downloaded in 160 countries. In the beginning, users – primarily GenZ and Millenials – uploaded videos of the used clothing items they had to sell. By nature, however, the used goods market is hyperlocal. Even with large amounts of users, the conversion rate can be low, due to distance between users that puts up barriers like shipping costs. 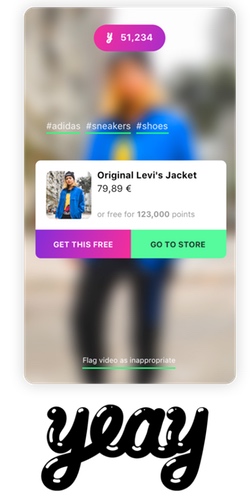 Still, the app was successful, and Mohr soon found herself surrounded by brands who wanted to be part of the platform. Inspired by her growing interest in blockchain technology, Mohr created an opportunity for those brands. She transformed Yeay’s product recommendation engine into a new business, for new goods.

Empowering the normal person with new ways to make a living – that makes me proud and happy.
▪ Melanie Mohr, founder and CEO, Yeay

Yeay would provide the coveted Gen Z with a social space to create and share videos of their favorite fashions. Brands benefited from invaluable word of mouth recommendation, shoppable links and reduced content costs, as the videos are user-generated. But as a content producer herself, Mohr believed that the users posting videos should also benefit. So she created the WOM (word of mouth) Token.

Using blockchain technology, WOM tokens ensure – among many other benefits – that content creators who share word of mouth recommendations online are fairly compensated. While Yeay is the first app to use the WOM token, Mohr explains that the token is, “building an ecosystem for all content creators, consumers, curators, publishers and brands — and is not limited to any one company, app or entity.”

With ground-breaking creativity in both the social retail space and the content ecosystem, Mohr is in high demand these days as a speaker and consultant. Stout readers can stay right here, though — Mohr sat down with us recently and shared some of the best lessons she’s learned along on her whirlwind journey.

Always Keep Learning. Having three teenagers certainly helps, but Mohr is constantly seeking out new ideas. It was a collision of reading an article about TV shopping and watching her kids Snapchatting that led to the creation of Yeay. A 2017 obsession with blockchain and cryptocurrencies has also been a driving influence her ability to innovate in the social retail space. Opportunities come and go at lightning speed these days. Stay on top of them by staying current.

Repurpose Your Strongest Skills. Storytelling has been the unifying theme of Mohr’s career. With more than 20 years of experience in creating video content for TV, it was a natural pivot to apply her skills to the emerging space of mobile retail. Applying existing strengths to new territory helps pave the way for confidence and success.

Age Doesn’t Matter. Mohr knew her target audience for Yeay was teens, so she went straight to the source for guidance. Yeay’s advisory board is the youngest in the world, comprised of teen entrepreneurs from around the world. When it comes to tapping into the right minds for business guidance, it’s knowledge and enthusiasm that count, not years.

Be Willing to Let Go. When people pivot, especially at a fast pace, they often try to bring everyone along with them. As Mohr discovered, not everyone can – or wants to – adapt. At some moment, as sad as separating can be, there comes a moment when you have to let go if you are going to continue to move forward. Mohr admits to feeling like she hasn’t always dealt with this challenged as well as she’d like, but she recognizes that it is a skill that improves over time.

Leave the Regrets Behind. Mohr considers herself a “glass-half-full optimist” who is “not a regretter”. Regret tends to create fear: fear of failure, fear of choices, fear of others’ opinions. If you can free yourself from the restrictions of regret, your journey can take you anywhere you can imagine.

Mohr’s passion is fed by a mix of things. She has a fire for creating things, and likes to empower others to live out their entrepreneurial side. As a content creator herself, she’s also driven by helping others be fairly rewarded for their own content creation efforts. The presence of those willing to be a devil’s advocate, who are her opposite, is something she wishes she had more of, as it helps her bring her ideas into priority and create structure. And she’s also learned that, “you don’t have to do it all”. When it comes to goal-setting, explains Mohr, she “trusts the knowledge” of her team, and they set goals together. The ultimate goal for her? A “win-win business model”, and the chance to improve every day. Is there anything more #Stout?

Some of the best learning comes from the experience of others, which is why Stout is committed to bringing you real, practical, actionable insights from around the world. Missed something great? No worries – check out our collection of #StoutINSIGHTS.

← So waht’s a WOM? Watch this video for the inside scoop on WOM tokens and how they work to reward content creators for their work.