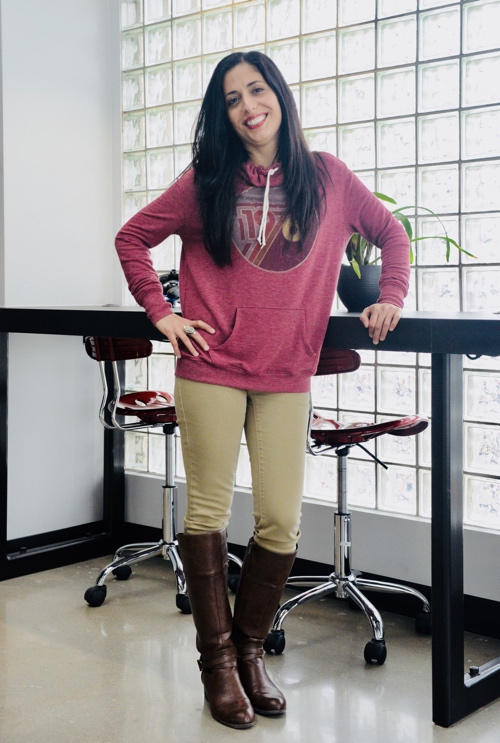 But how does that translate into action?
Mojdeh Gharbi, VP of Marketing for gaming company Certain Affinity, shares the Stoutness behind a career of dramatic, wildly successful pivots.

BOLD:
I really don’t like being on camera, so it took a lot for me to stand up and do a public press conference with (Austin, TX) Mayor Adler.

BRAVE:
Standing up for immigrant rights in the current political climate, despite being an Iranian immigrant myself.

DETERMINED:
Deciding to raise capital for our company – and following through with it despite everyone saying it was impossible. 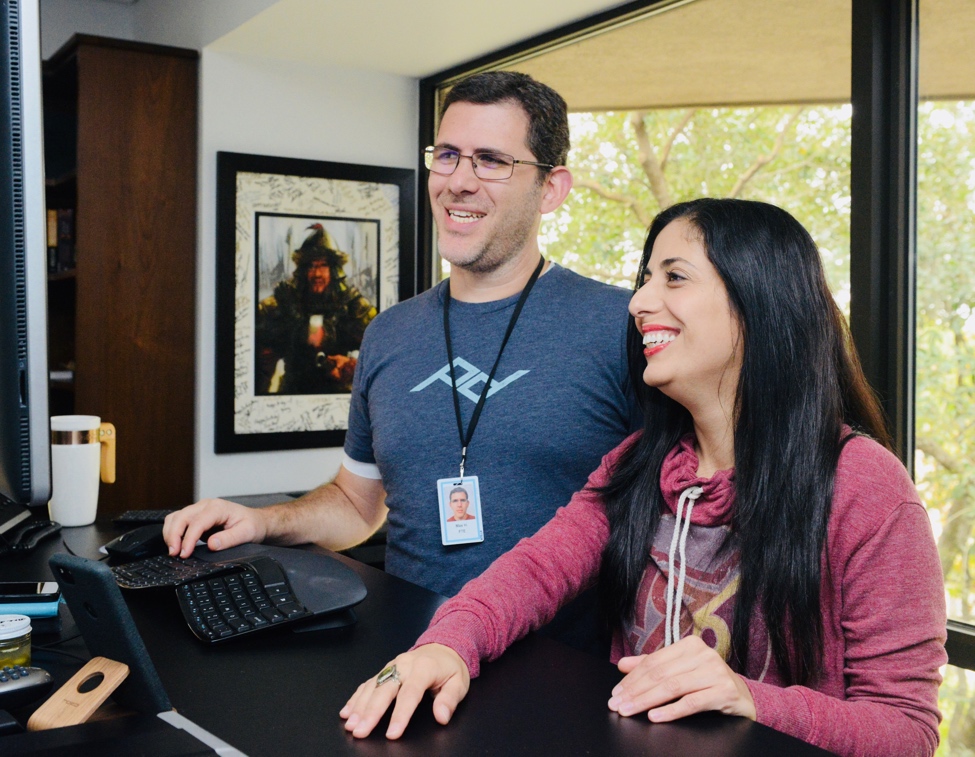 A lot of people cite their parents as their biggest inspiration in life. But not nearly as many can say it was because their parents survived a revolution, subsequent war and then uprooted their entire family to seek a better life in a country halfway around the world. Especially in a country that has a tense history with your homeland. Iranian immigrant Mojdeh Gharbi, however, can say exactly that. Participating in that radical life change with her family has served her well. While many struggle to change the direction of their careers, Gharbi has done it successfully – twice.

Gharbi launched her post-college career in Chicago, working successfully for a large advertising agency. But an opportunity to move to the West Coast to work for Microsoft was too much to pass up. She spent the next 11 years rapidly climbing the ladder at the software giant. During that time, her husband, Max Hoberman, founded and began to grow his game development company, Certain Affinity. As a rising star at Microsoft, Gharbi was widely respected by both her colleagues and superiors. Her future was wide open. When Max’s company got to a certain size, however, things began to evolve. It became increasingly clear that more business sophistication would be needed if Certain Affinity was to continue expanding.

It was time for another career pivot. Leaving a successful career at Microsoft was no easy decision for Gharbi. But she knew that she had the most experience and strongest dedication to helping her husband’s company grow. The right perspective, she explains, was thinking not as “who we were at the time, but who we wanted to be.” So Hoberman and Gharbi decided to return to Austin, where both of them had attended college, and take things to the next level. It was ambitious, to be sure. To achieve that kind of growth, everyone in the company needed to be on board. Gharbi’s first order of leadership business? Figuring out how to make that happen – no easy task given the wildly diverse type of team it takes to concept, create, produce and sell digital games.

“Gaming mixes art with technology. It’s very different from working with just business people – you have to be a versatile leader. I need to be able to adapt to lots of different personalities, with a variety of communication and work styles.”

Luckily, Gharbi already had a nicely stocked leadership toolbox from her days at Microsoft. She notes that she had the opportunity to learn from amazing mentors, with a variety of leadership and communication styles. However, in her environment at Microsoft, she was surrounded with lots of similar people. At Certain Affinity, the operational diversity of the workforce was a challenge.

Gharbi struggled at first, trying to figure out how to gain credibility and get people behind her initiatives. She realized in short order that she “had to change who I was.” To bring out the best in everyone, she needed to become more relatable, and connect with everyone at the company. For Gharbi, her personal fuel is seeing people grow and helping them succeed – so she was definitely up to the challenge. Soon enough, she had a full tank of that fuel. Certain Affinity is now the second-largest game development company in Texas, and the largest one in the very tech-savvy city of Austin. They have been profitable every year, and grown from 40 to 125 employees. For Gharbi, though, there was more to come.

“I always knew I could accomplish anything I set my mind to, but now I was armed. I could put it in action . . .” 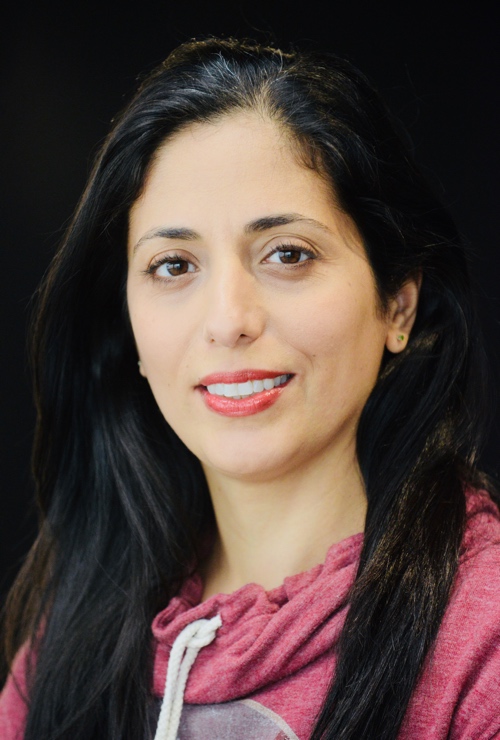 Gharbi remembers exactly when the seed that broadened her sense of purpose even further was planted. She explains, “A while back, one of my former managers reminded me that my voice matters and carries a lot of weight. It really makes you pause and become more self-reflective. It also changes your perspective on how you approach things in general. Your voice becomes more careful, deliberate and purposeful. I always knew I could accomplish anything I set my mind to, but now I was armed. I could put it in action and use my voice in a much bigger way. So I have been keeping that in mind ever since and using my voice as a platform for good, empowerment and change.”

Has she ever. While continuing to grow her leadership role in Certain Affinity, Gharbi serves as a spokesperson for the Austin Chamber of Commerce. In addition, she lends that powerful voice she has developed to a variety of women’s causes. Finally, she’s paying it forward: helping others grow their leadership abilities by sharing here her personal insights into the top traits of a successful leader.

Gharbi offers one final tip – something she personally cannot live without in the workplace. “You have to have a sense of humor, and be having fun, ” she declares. “If you can’t make fun of yourself, lighten up and enjoy yourself, then you’re in the wrong place.”

Enjoy this article? Then check out some of our other recent STOUTways profiles, including Sarah King, fabricator at Quantum Shop, and Katie Fang, founder and CEO of SchooLinks. Above all, use the inspiration here to #BringOUTyourSTOUT!