BRAVE:
Every time I’ve started a new company.
Or fallen in love.

DETERMINED:
Every time I’ve started a new company.
Or fallen in love.
Or gained a decade in years! 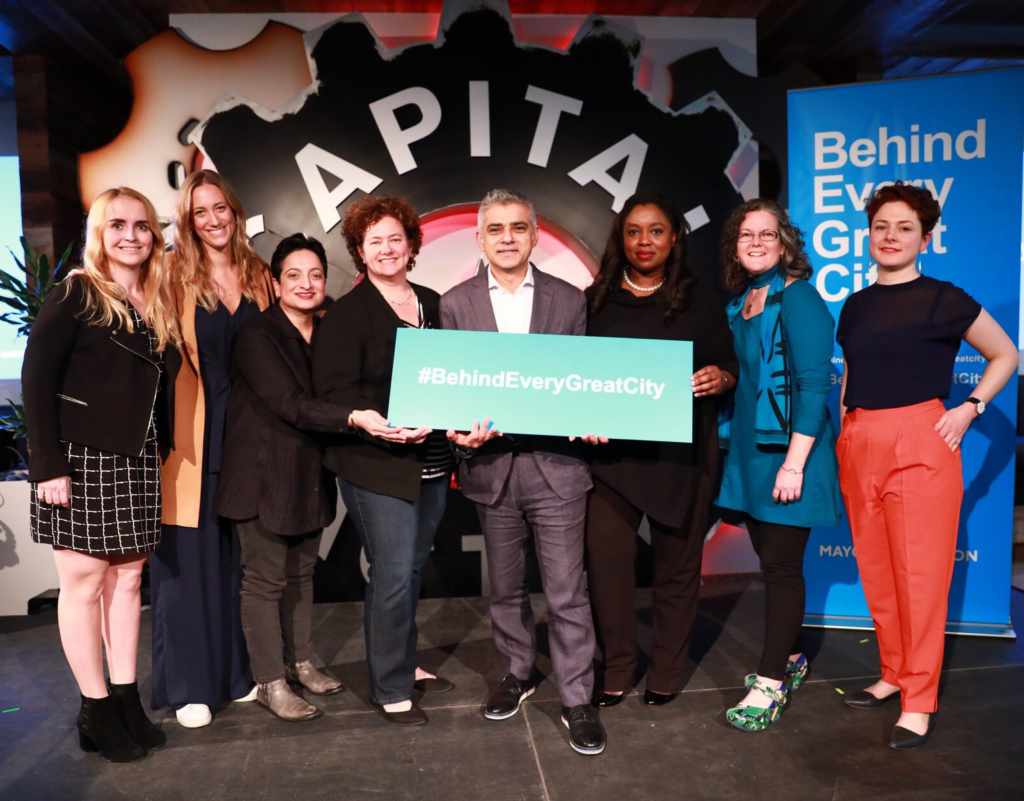 If you put Mellie Price’s journey on a map, it would be a river, not a highway.

Rather than take the shortest line between two destinations, Price’s energy and curiosity have taken her on a path shaped by the people, places and opportunities she has encountered along the way. From UT engineering major to natural sciences grad, from band bassist to website developer to her current position as the first Executive Director of Commercialization for Dell Medical School, she has been a powerful, ever-shifting force that has helped shaped the Austin entrepreneurial landscape for thirty years.

The child of a English teacher turned stay-at-home mom and a mining engineer dad, Price moved around quite a bit. She credits time in Colorado and Austin while growing up with imbuing in her a bit of hippie spirit. But it was her parents’ diverse personalities that really shaped her own outlook. “My mom wrote a book called The Airy Fairy Dictionary, while my dad was an engineer who became an entrepreneur,” she recalls. “I think I inherited equal parts of both – I have an analytical side that is balanced by an esoteric one.”

Her road to entrepreneurship began at the University of Texas where an early start in engineering gave way to a path in the natural sciences. Making that switch was the first time Price listened to her instincts, but it wouldn’t be her last. Her first brush with the entrepreneurial bug also came during this time. As a lab assistant tasked with preparing a seemingly endless supply of twigs to be tested for oak wilt, she had an idea. Instead of forcing all suspected oak wilt cases to be processed at only two labs in the entire state, why not create a test kit that could be used in the field? It was a brilliant idea, (which a University of Minnesota lab finally acted on over thirty years later by developing a hand-held detector driven by nanotechnology to diagnose the devastating tree disease) but an inspired Price was shut down with a reminder that funding for academic labs came from grants,  not commercialization. 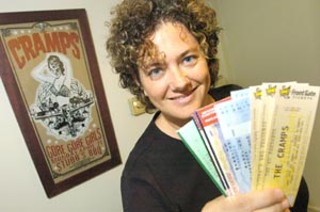 While still whittling sticks for the lab, Price became interested in a then-emerging field: computers and technology. That curiosity soon became a side hustle. “I taught myself systems administration and network technology management,” she remembers, “and then I offered to help companies that knew less than I did.” And with that, this “accidental entrepreneur” started her first company. As the industry developed, she moved on to learning HTML and founded the first website development company in Austin.
As a bassist in a local band, many of her first clients were musicians looking to increase publicity. She also created the very first SXSW website – a perfect intersection of her musical and technological experience. From there, she moved into selling music festival tickets, creating Front Gate Tickets, which grew into an event-ticketing power player that was eventually acquired by Live Nation/Ticketmaster.

“When something is hard, but it has an ease and grace – that tells you that you are on the right path.”
– Mellie Price

This string of successes were not part of some master plan, Price admits. The reality, she says, is that her entrepreneurial journey was “not well-thought-out at all; it was way messy.” And that is just fine by her. In fact, she is a strong believer in the role of intuition in business, and thinks that is a strength that women in particular bring to the table. According to Price, their unique perspective offers values and outcomes that are driven by a different kind of instinct. That’s not to say that facts and data don’t play a role as well. Price’s preferred approach, perhaps hearkening back to those analytical and esoteric sides, is to look at tons of data, and then make the actual decision on instinct. 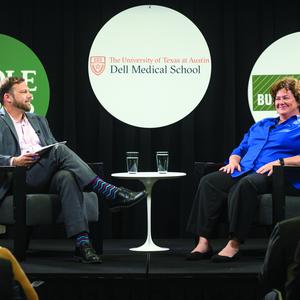 That approach is likely to serve her well in her new position as Dell Medical School’s first-ever Director of Commercialization. In this new role, Price is supporting the institution’s mission of accelerating innovation and research to improve healthcare by bringing commercialized health technology into the medical school environment at the creation stage. It’s a job that appeals to both her interest in the natural sciences, and her passion for entrepreneurship. Real change in healthcare, says Price, is going to require a transformation of the business model under which it operates. And the strategic use of technology is one way to do that, supporting Dell Medical School’s goal of prevention – keeping people out of the system to begin with – to help change the paradigm.

Never one to stay still, Price is also a leader in the push for diversity in technology, as well as an active member of the start-up scene. She is a current mentor at the Capital Factory, a start-up incubator that she helped found several years ago. She and her wife are also the parents of a nine-year old daughter, which she says is actually the hardest job she’s ever done. “Being a parent is tough, and being a working parent is really tough,” she states. “And entrepreneurship while being a parent? That’s another kettle of fish entirely.”

Mellie Price On How To Be A Successful Entrepreneur
You don’t need a plan. Too often, says Price, people compare the person who took the straight “school-degree-career” path to someone who wanders, with the implication that the first is somehow “better”. In reality, people need to respect each person’s unique process. “One is not better than the other,” says Price. “It’s just whatever feeds that person.”

Follow your instincts. If Price had the time, she would love to study in depth the role of intuition in business. While it’s important to consider all the facts in any situation, after the data has been absorbed, it’s OK to trust your gut.

Evaluate early and often. Price remembers one venture where “everyone said they wanted” a certain product, so they created the entire package upfront . . . which only twelve customers actually bought. In hindsight, she says, more research upfront might have predicted that result. And when it comes to deciding whether to give up on a certain product or approach, Price references dating relationships. “Deep down, you know when you should let things go,” she says, “even if you want to hang on.”

Listen, listen, listen. Being a successful entrepreneur, says Price, requires “deep listening” to your customers, employees and investors. Their input can also be a valuable resource when evaluating choices, and helpful in avoiding confirmation bias of your own beliefs when you want something badly.

“Ease” and “easy” are not the same. Price speaks of an ease that is felt when a path is the right one. That doesn’t mean that everything will be easy, however. The reality of a good choice is that even though you may have to face setbacks and overcome obstacles, you still feel comfortable overall whatever you are pursuing.

Forthright (and funny) to the finish

Price was recently asked by a seminar attendee, “So, what do you want to be when you grow up?”. The entrepreneur responded with her typical “Price-less” forthrightness. “Do we ever really grow up?” she asked. “It’s kind of this false illusion that parents, that entrepreneurs have it together and know what they want to be. For me, all I want is to be alive, with a working brain and my health, enjoying life surrounded by friends and family.” Now that’s a #Stout goal anyone would strive for.

There are a million different definitions of success, and almost as many ways to make it happen. To help find yours, tap into the advice from some of our other #StoutWAYS interviewees, and #BringOutYourStout.