Discovering A Deeper Sense of Self

Through Maya Angelou’s journey of rekindling a relationship with her mother, we can learn that no matter our upbringing and level of nurturing, we can heal and gain a stronger sense of self. 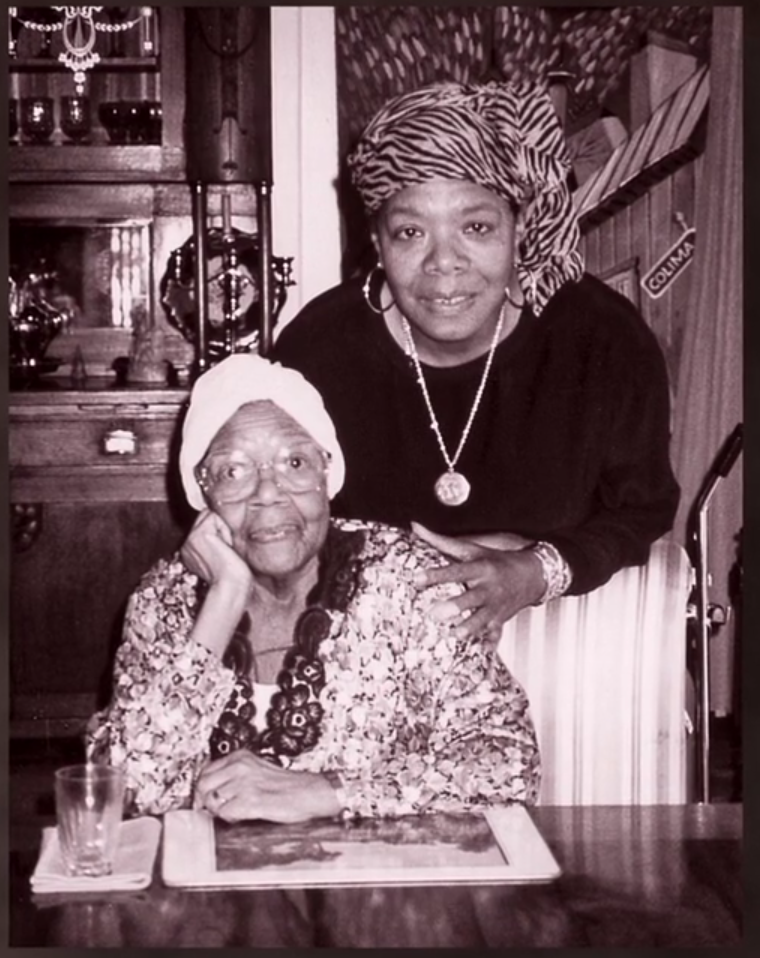 Maya Angelou with her mother, Vivian Baxter, whom she first called ‘Lady’ rather than ‘Mom.’

In A Relationship Once Lost…

Maya Angelou’s memoir “Mom & Me & Mom” is the story of how she reconnected with Vivian Baxter, the mother who abandoned her during her childhood but became a strong force in her adult life.

Angelou recalls her mother acknowledged she wasn’t ready to be a parent and asserts that “there are some people who are great parents of small people-my mother was just the opposite.”

After years of separation, Angelou’s mother reconnected with her daughter and forged a new relationship by offering unwavering support of Angelou’s fierce independence and success in the face of odds stacked against her.

Being able to internalize that her mother’s early actions were about her mother’s difficulties, rather than Angelou herself, helped Angelou work past self doubt and accept the way her mother was able to show her love later as real and meaningful.

My mother’s gifts of courage to me were both large and small. The latter are woven so subtly into the fabric of my psyche that I can hardly distinguish where she stops and I begin.
-Maya Angelou

Through repairing her relationship with her mother, Angelou discovered lessons in forgiveness and healing that helped her grow and develop a deeper sense of self. We have three Stout Takeaways to help you apply Angelou’s lessons to finding your own path to self.

Maya Angelou’s Lessons on Self Healing
LOVE Heals
Exploring all the angles and working through a past hurt with love and understanding can heal the wound.

Exercise patience with yourself first.
“Forgive yourself and all the dumb things you do. And once you do you can learn from that, so you don’t have to repeat them.”

Exercise patience with your children.
Please. And learn to be a little kinder.

Want More On Self Discovery?

Get to know yourself with more Stout insights on the power of looking within and building your emotional intelligence (EQ).