This Austin-based advertising pioneer is breaking into new territory again, with one-woman gallery shows and a kick-ass (literally) new book.

Founder and current Chief Connector of national agency T3 – and author of the new book, Cowgirl Power: How to Kick Ass in Business & Life – Gay Gaddis talks about leadership, legacy and the professional pivot she’s embarked upon.

Gay Gaddis Founder and current Chief Connector of national agency T3 – and author of the new book, Cowgirl Power: How to Kick Ass in Business & Life

Biggest Leadership Challenge: For me, it’s all about continuing to build the best environment for the folks at T3, to really allow them to do their best work. That means making them feel appreciated, and making it easier to have work-life balance, with programs like our “T3 and Under” onsite nursery (over 100 employees’ children have participated in the program). Creative people also need freedom to think. It’s critical to our work to have diversity of viewpoints, and I’ve always committed to fostering an atmosphere where everyone feels comfortable expressing themselves, even if they disagree.

Biggest Leadership Win: I’d have to say when we really hit the national stage as an agency. When we launched in Austin in 1989, this was a pretty sleepy market for advertising. And just as things were really starting to wake up, along came the late 1980s recession. We survived that, and got our big break after doing some online marketing for Dell. We were one of the first agencies to be operating successfully in the digital space, and I got out on the road to tell our story. We became the digital agency for Mariott and Chase, and things really took off. There were definitely challenges to scaling up – opening a New York office, finding even more great staff – but that’s part of growth, and we embraced it.

Goals for Making an Impact: I’ve definitely tried to make a difference in how our agency runs. I was never looking to build a company and then sell for a big equity windfall, so we have been able to remain independent. We’ve made a profit every year, which I’m very proud of. We continue to innovate, and my goal remains to create new leaders. I’m happy to have been “fired” from every job I’ve had at the company, as others have come onboard and learned to do those jobs better than me. In fact, my oldest son, Ben, took over as president a year and a half ago. I’m still Chief Connector, though – and no one so far is challenging me for that role. 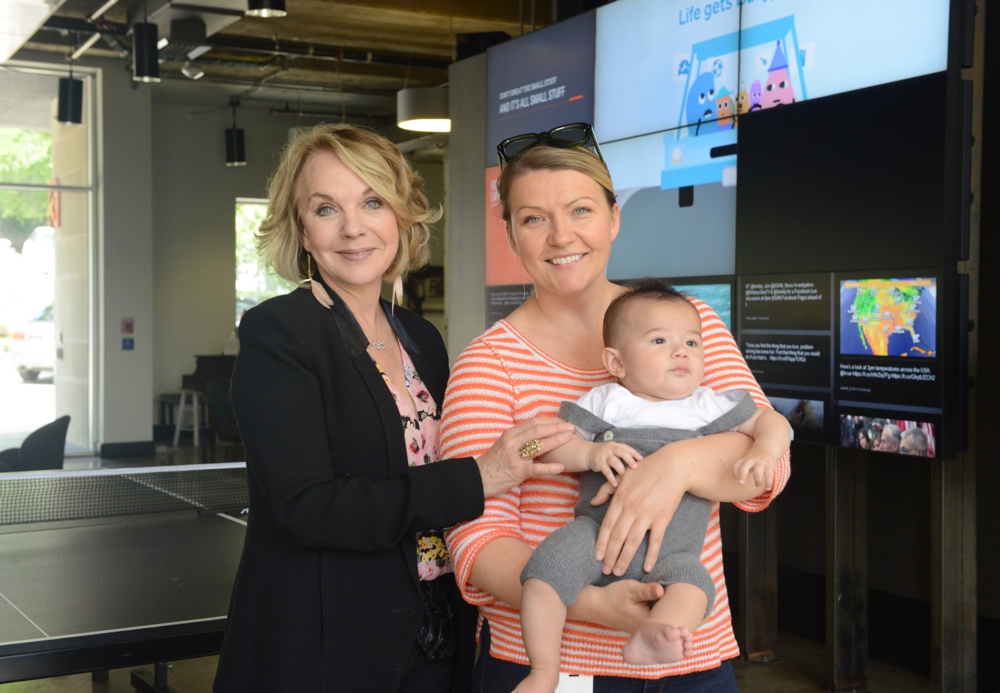 Gay broke ground in a male-dominated field, and implemented family-friendly policies including the T3 and Under program, allowing parent to bring their under-3 kids to work with them and creating spaces for them to step away for quiet time as needed.

Choose to Step Up

Gaddis cites her mother as the most powerful influence on her life. At 12 years old, her mother was diagnosed with bone cancer – for which the only treatment at the time was amputation. With all the typical teenage insecurities magnified exponentially, Dorothy struggled. Finally, a teacher took her aside and told her, “You can either be a cripple or the person you are really meant to be. Choose to step up.” Step up she did, and that “can-do” attitude and confidence were passed along to the next generation. Buoyed by an investment of time and energy from her amazing mother, and the encouraging support of a small-town environment, Gaddis solidifed her competitive, hard-driven approach to life. “If I get into it,” she explains, “I am going to work hard to be successful.”

Fail Fast and Move On

Gaddis admits that fear of failure is a natural reaction. But in her experience, a lack of failure often indicates a lack of experimentation – which is necessary to grow. Her advice? “Fail fast,” she says. “It’s not fun, but if things are obviously not working, get out quickly instead of wasting resources.” Part of Gaddis’s confidence in pushing ahead comes from redefining failure – not as an end, but an experience that leads to other things. Most important, though, is the recurring theme of reinvention that runs throughout her personal and professional life. “I just don’t sit around and worry about mistakes,” she reveals. “I’m always looking ahead to what’s next, ready to embrace what’s coming.”

The worst thing a leader can do is not make a decision. When people see that you are all in, they want to be a part of it. 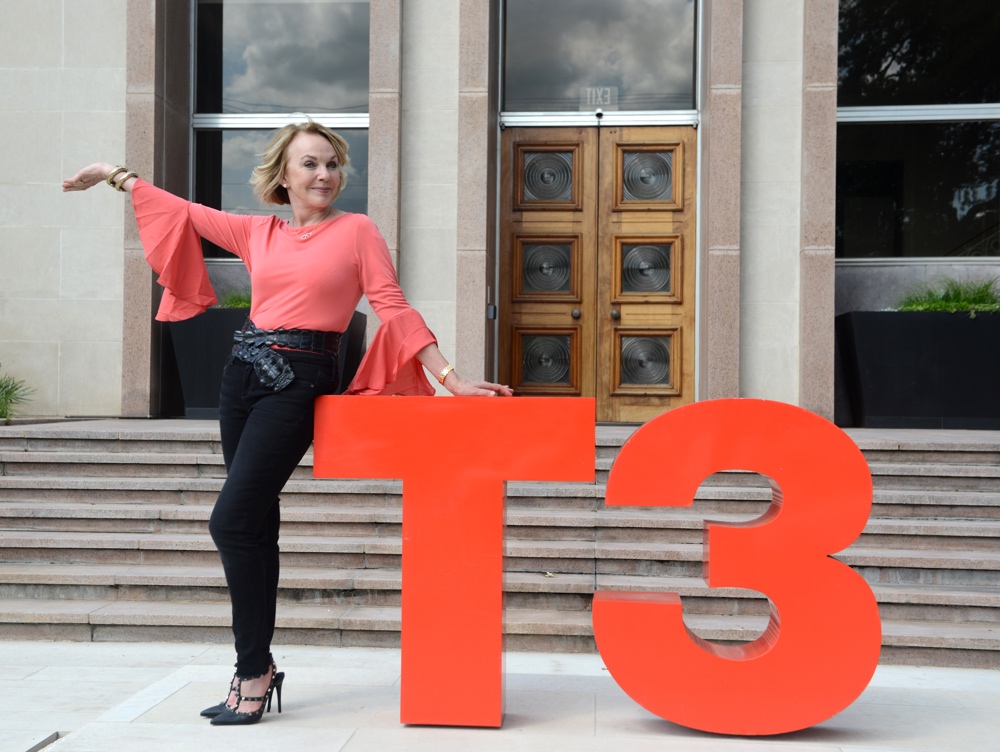 With more than forty years of leadership experience, Gaddis has had time to hone her management style. The way she chooses to lead reflects her natural curiosity and excitement for learning new things, as well as her belief in the power of collaboration at all levels. At T3, there is no hard-and-fast hierarchy; anyone at any level has the opportunity to become an expert on something. She tells the story of a young employee who was fascinated by the topic of artificial intelligence, or AI. The young woman learned everything she could about the subject, and is now their in-house, go-to expert when a project or pitch requires knowledge about AI. That kind of curiosity/desire to learn is one of three traits that Gaddis believes are key to achieving success. Understanding and meeting people is another (they can “fill in the missing piece of your own puzzle,” she says), and consistent hard work is the third.

When it comes to hiring employees or taking on clients, though, Gaddis knows what she’s looking for: “absolute, blind trust”. To her, respect is earned with openness, honesty and a willingness to be upfront. As she likes to say, “A true friend stabs you in the front.” Honesty often begets conflict, however, and Gaddis has a game plan for handling that as well. “Conflict – you have to nip it in the bud,” she insists. “That sometimes means having fierce conversations, but you  must deal with things when they happen.” In her experience, getting all parties involved to talk it out often clears up misunderstandings. In other cases, it reveals a poor fit – either between employee and agency, or agency and client – and that also has to be addressed promptly. The bottom line, Gaddis explains, is that “you must fix things before they get out of control”. 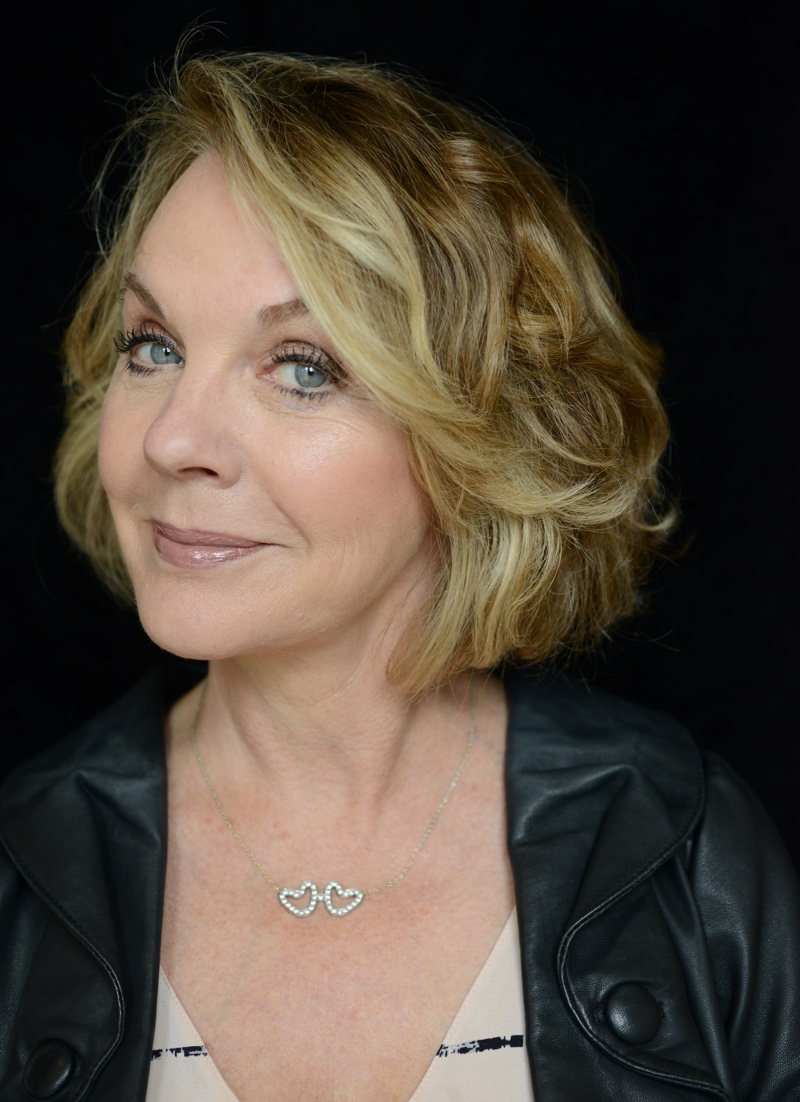 Gay Gaddis, a cowgirl at heart, is enjoying a return to her artistic roots with paintings inspired bold elements of Texas nature.

There’s another trait that Gaddis is concerned about, because she sees it eroding. The ability to give or receive a critique, she feels, is disappearing. “As an art major, I got used to regular, weekly critiques of my work,” she recalls. “But in the current business climate, people are afraid to critique. People need to remember that it’s not personal.”

She explains that perspective in her typical “pure cowgirl” kind of way. “If someone is trying to teach you the best way to ride, they’re trying to make you better, and keep you safe.” Gaddis takes great care in her own personal and professional life not to avoid criticism, but to both give and embrace advice that is delivered with caring, concern and someone’s best interest in mind.

The biggest compliment, to me, is to be called authentic.

That perspective has definitely helped Gaddis as she tackles a new pivot in her career. While still very much involved with T3, she has gone back to her designer roots, and started producing art again. Always a cowgirl at heart, Gaddis draws her inspiration from the bold elements of Texas nature. She paints from her family’s home at the Double Heart Ranch in the Texas Hill Country, alongside a herd of goats, cattle dogs and authentic Texas Longhorns. Equally at home with boots in the dirt as she is with heels in the boardroom, she brings a fierce, unique perspective to her work. 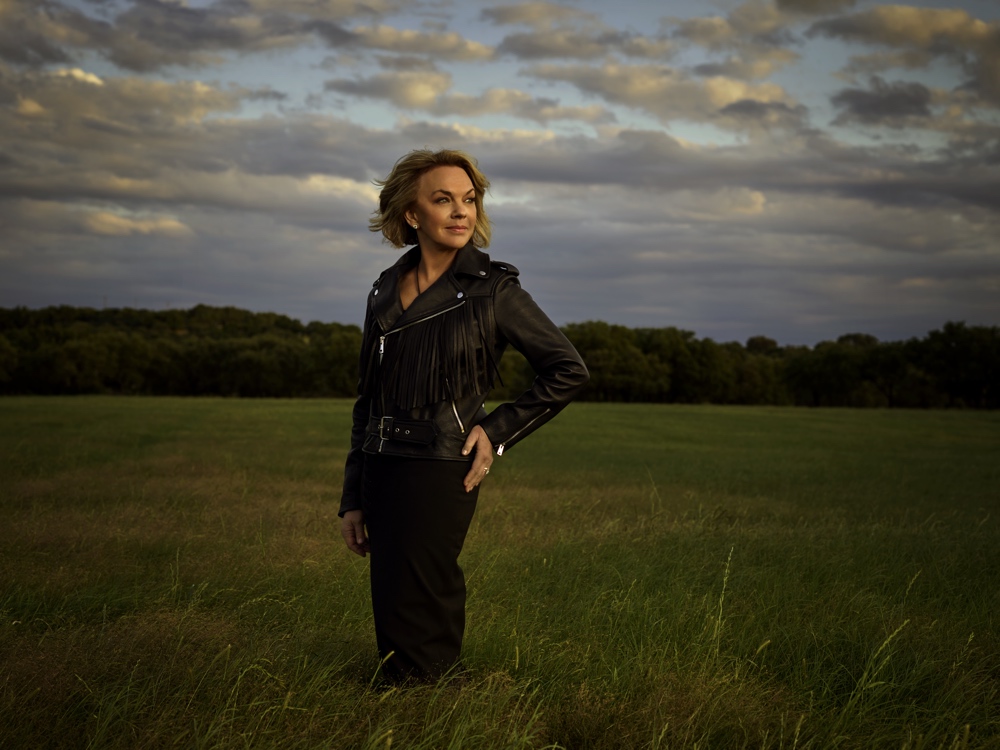 So much love . . . Gay (at her beloved Double Heart Ranch) continues to step up through her efforts in promoting water conservation.

Leading the Way, One Drop at a Time

Her ranch in the Hill Country is also a constant reminder of another serious personal passion: water. Gaddis recognizes that it is not a given in many places around the world. Concerning her the most is the fact that while absolutely vital to life itself, water and water conservation are not discussed enough. “We need to increase awareness, promote conservation, and accelerate solutions such as desalination plants,” she says. “People need to follow state water laws, and also capture water whenever they can.” Gaddis has taken a personal lead in this area as well, installing a rainwater collection system on the Double Heart Ranch, and reducing their water needs whenever and however possible.

Do You Have What it Takes to Lead?
Gaddis shares her top three traits of successful leaders.
(1) Are you willing to take risks?
(2) Do you have excellent communications skills?
(3) Are you passionate about what you’re doing?

Oh, and That Motto of Hers?

Gaddis is emphatic about this one. “Kick Ass,” she states with pride. “It’s still the mantra at T3, and it’s how we differentiate ourselves.” To that, we offer up a #Stout “Yes, ma’am.”

For more great advice on kicking ass, read Gaddis’s new book, Cowgirl Power: How to Kick Ass in Business & Life. And to sharpen your leadership skills, take a deep dive into the #Stout archives, or check out our entire Locals Who Lead collection.