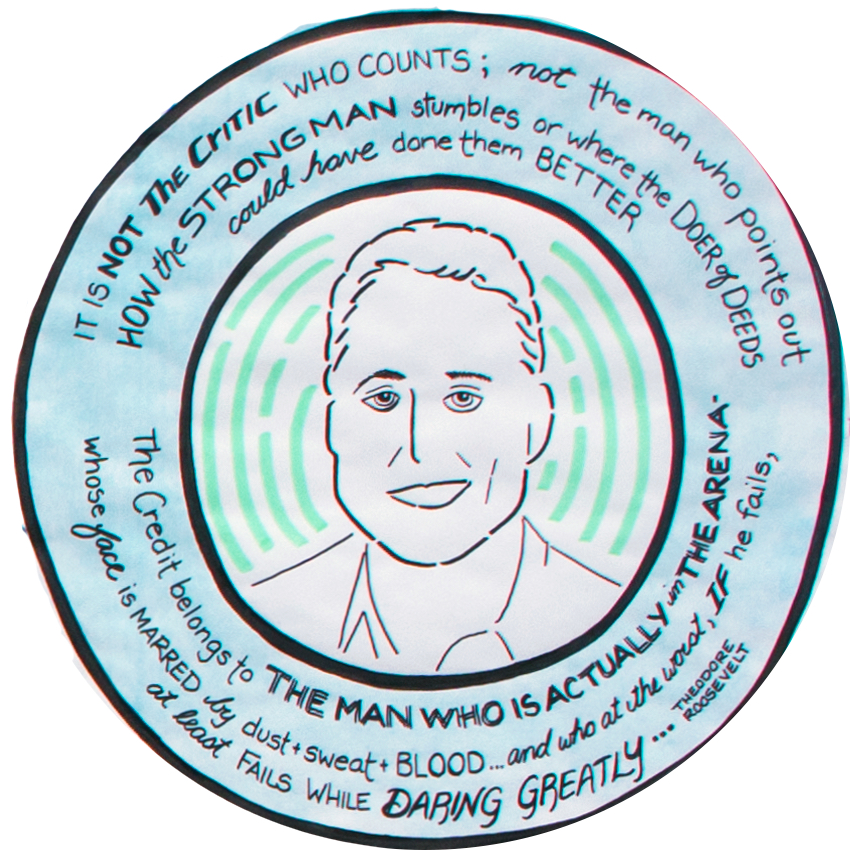 This is the story of how – with a knack for observation and a lot of persistence – our Stout Person of the Year, Brett Hurt, pursued his passion for technology, his vision of making the world a better place, and journeyed to the top.

Brett Hurt was four years old when the flame of what would become his purpose and passion was ignited – by a game. 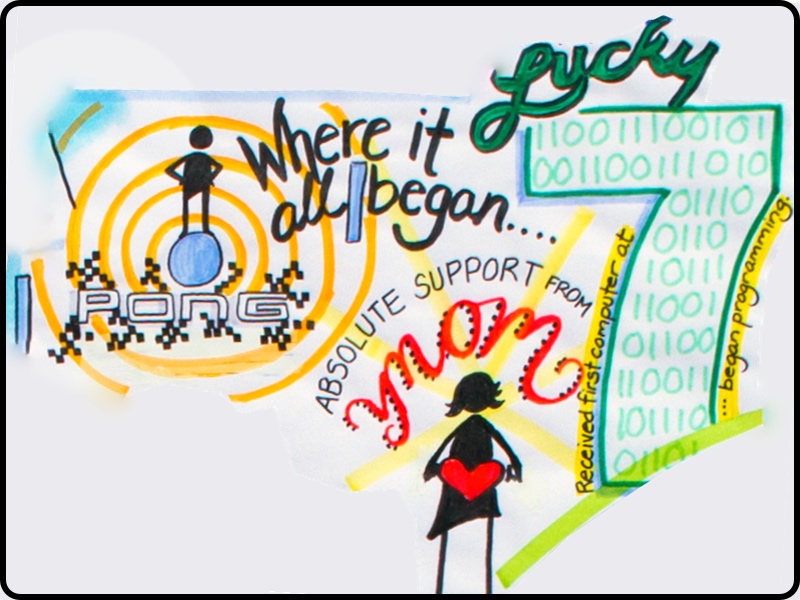 ….from a start with Pong, an Atari computer and his mom’s unwavering support…

Gifted with the newest electronic game sensation at the time, Pong, Hurt was fascinated. But not the way most children were. Instead of wanting to play the game, he watched it and wondered how it worked.
Rather than being put off by her son’s unique desire to disassemble his new toy, Brett’s mother Brenda chose to fuel his burgeoning curiosity with a second gift, an original Atari computer complete with a BASIC programming cartridge and plug-in keyboard.
If Pong lit the spark, the Atari computer stoked Brett’s passion for technology into a roaring fire. Within days, Brett was on his way to spending forty hours per week programming, and by eighteen, he had created his first online game, a labor of love called Renegade Outpost that was comparable in scope to today’s World of Warcraft. But being brilliant at his chosen skill was not enough – there was much more inside of Brett waiting to emerge.

While he did not come from a technologically savvy family, the Hurt clan was steeped in entrepreneurship, and young Brett was no exception. 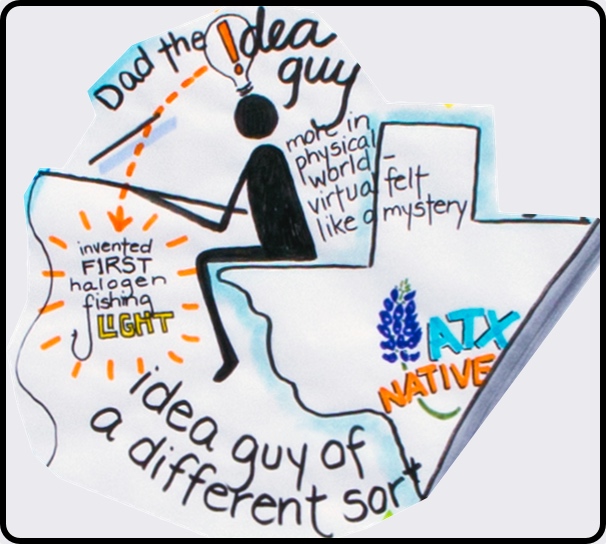 …to entrepreneurial inspiration from dad and his family’s business…

Spending time in his parents’ store, he took the time to notice what customers needed, and how those needs were met. He thought about it – a lot. Eventually, that marriage of observation and introspection resulted in a refinement of his passion for technology. Why couldn’t he use technology to help people – to make the world a better place? It turns out that he could.

A gym rat in college, Hurt had set out to build his body with the same intensity that he applied to everything else. Relentlessly brilliant and always seeking an edge, he dove into kinesiology research, steeping himself in exercise best practices and nutritional knowledge. His vision went far beyond knowledge simply for self-gain, however. Observing a lack of centralized resources for nutritional supplements, Brett combined his entrepreneurial roots with his technological prowess to create an online store well before the term e-commerce was a household word. It was just one of many businesses that Brett launched after observing an unmet need – and one of four that he founded while attending the Wharton School of Business. 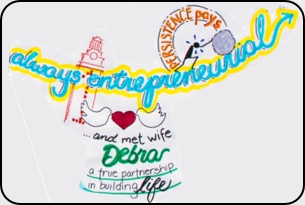 …Brett pursued goals with bold, brave determination in his professional and personal life…

Along the way, Brett was smart enough to not neglect his personal life.

In an impressive display of bold persistence, he bravely re-approached his eventual wife, Debra, three years after an initial rejection. As Brett had found in so many areas of his life, once again the secret to success was to keep trying. Eight months later they married, and now, more than two decades later, they have formed an unbreakable partnership that permeates both their personal and professional lives.
They are also actively raising two fearless, inspiring kids, Rachel and Eli, who featured prominently in Brett’s “Secret to Life” realization, which he shared earlier this year with Stout. Rachel gave a TEDx talk last year, and her first book has just been published. She’s 12, by the way.

Always relying on a core strength of observation, Brett absorbed anything and everything around him, both at Wharton and his first consulting position with Deloitte. 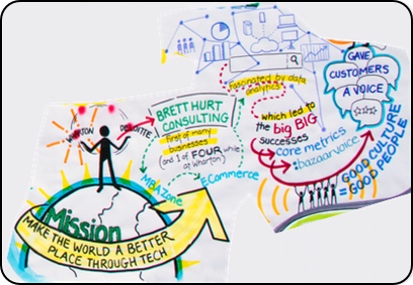 …building businesses in pursuit of his passion and purpose…

Hurt soon formed his own consulting company, and a burgeoning field, data analytics, was among the things that captured his attention. The first result of that visionary eye was Core Metrics, a company that designed solutions to optimize digital marketing efforts and maximize investment in online marketing, that Brett founded and later sold to IBM.
Next came Bazaarvoice, a company whose products help brands capture, analyze and act upon social data, enabling authentic customer-powered marketing. Giving customers a true voice was the perfect outcome of Brett’s ongoing passion to use technology to make the world a better place. His next act, however, took that passion even farther.

Hurt took Bazaarvoice to IPO, and stayed on for a couple more years as CEO. But feeling the urge to try something different, he decided to resign, and take a break. He spent time with his family, refueling and recharging himself for his next – and then still unknown – move. 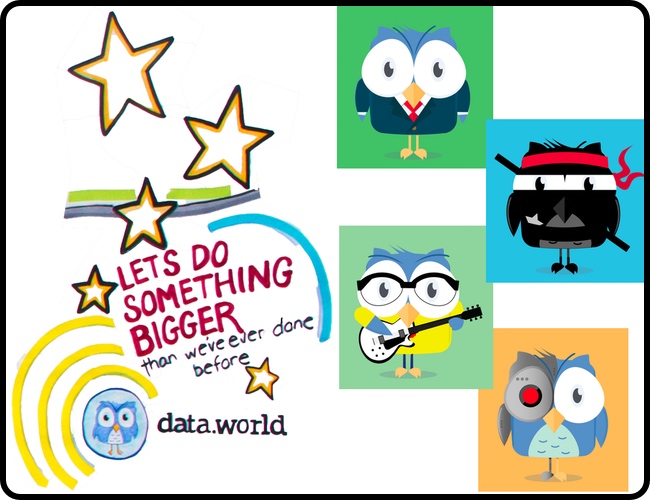 …of using technology to make the world a better place.

That eventual project, data.world, came into being after Brett asked himself a simple question: what’s next? Guided by his enduring passion and vision for using technology to make the world a better place, Brett gathered some of the best minds he’d worked with previously, and pitched a simple, yet enormous, idea.

How could a company bring all the world’s data together in a central place, empowering researchers and everyday people alike to connect, and harness the power of that data to solve problems? Brett and his team talked, planned and then executed without looking back. To Hurt, there was no “if” with regards to data.world’s success potential – or its ability to serve that higher purpose – so it was full speed ahead. Confidence begets decisiveness, and Hurt has both in spades.

Those are the Stout qualities that have carried Brett Hurt through his success journey – and make him our #Stoutest Person of the Year. 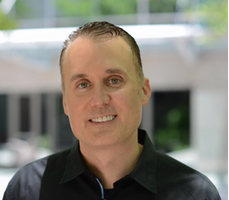 Discover your own Stout qualities, and you, too, can fearlessly ask the question, “what’s next”?

Because every success has a story and with your Stout out, this year that success could be yours.