Leonardo da Vinci, often considered the archetypal Renaissance man, is a lesson in #Stout. In addition to painting, for long periods of his nearly half-century career he pursued everything from stargazing, to designing amazing weaponry and machines, and studying anatomy. As the great British art historian Kenneth Clark put it, “Leonardo was the most relentlessly curious person in history”, filling thousands of pages of manuscript with dense doodles, diagrams, and swirling text, probing almost every conceivable topic.

There is certainly a host of modern evidence to support the power of cultivating our curiosity and the key to #BringOutYourStout can be found when you never stop learning. 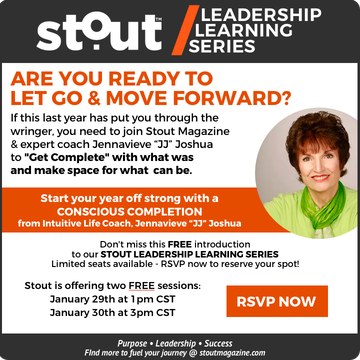