This studio soundmaster has mixed up success with her own studio, Chez Boom Audio. 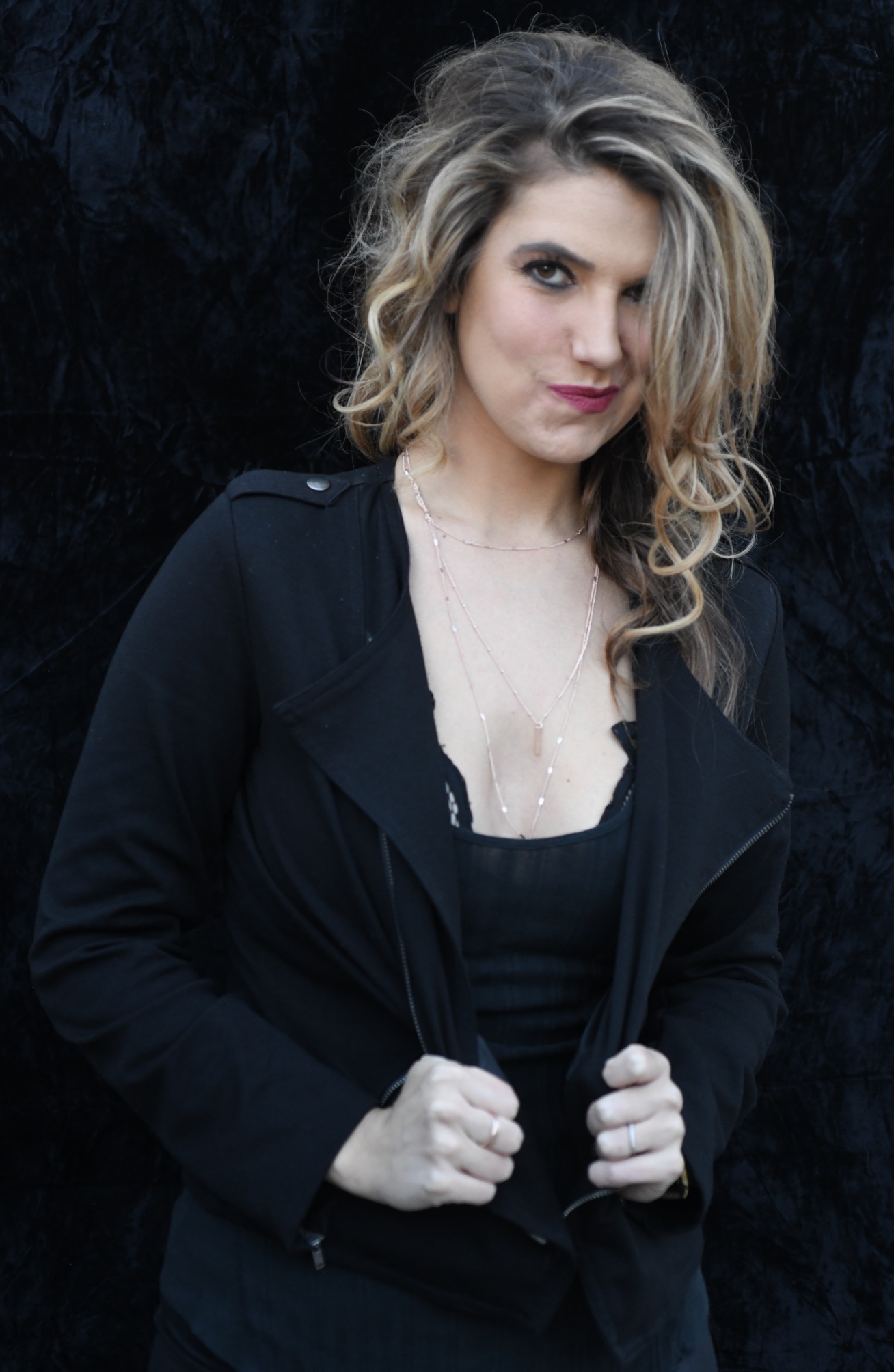 I think starting my own company was one of the boldest things I’ve ever done. I had a good job, but was struggling to meet the time expectations of my boss because I was also a newly divorced single mother.  I knew my work had to be to my standards, on my time, and that if I were building the structure, I could set things up to accomplish the highest quality work in a way that aligned with my “family first” values.  Believing I could have it all was very bold.

As a tremendous introvert and someone who struggles with panic and anxiety, just getting out of bed each day feels like an act of bravery sometimes. Standing in front of directors and actors and telling them they can trust me with their work, that takes bravery. Standing in front of crowds and telling the young women in the audience that just because they don’t look like what society says an entrepreneur should look like doesn’t mean they can’t be an entrepreneur takes bravery.  Serving on non-profit boards also takes bravery, I think. I have to find my voice when sitting at a table with older, wiser-looking, more legitimate-seeming people, and sometimes that takes incredible bravery.  Maybe the most brave thing I do is say “no,” though. As a people-pleaser, boundaries are hard, and being able to say “no” is a skill I’m still working on, and one that takes a lot of guts for me.

Entrepreneurship takes determination. Every step along the way I was told it was risky. I was told the market didn’t exist. I was told it’s too much for a single mother to start, build, and run a company.  People were quick to point out the difficulties and encourage more conservative career paths for me, but I was determined to build this thing I knew Austin (TX) needed to be relevant in this space nationally. And it was also something I knew I needed to build because I wanted to be part of it, professionally. I built the company I wanted to be part of, because it didn’t exist yet. That took determination (and bravery, to tie in to the previous question) and continues to even now, 6 years in, with probably a hundred TV shows, movies, and commercials under our belt, with Oscar and Emmy nominations, with tremendous success. Determination is needed to get through each day. 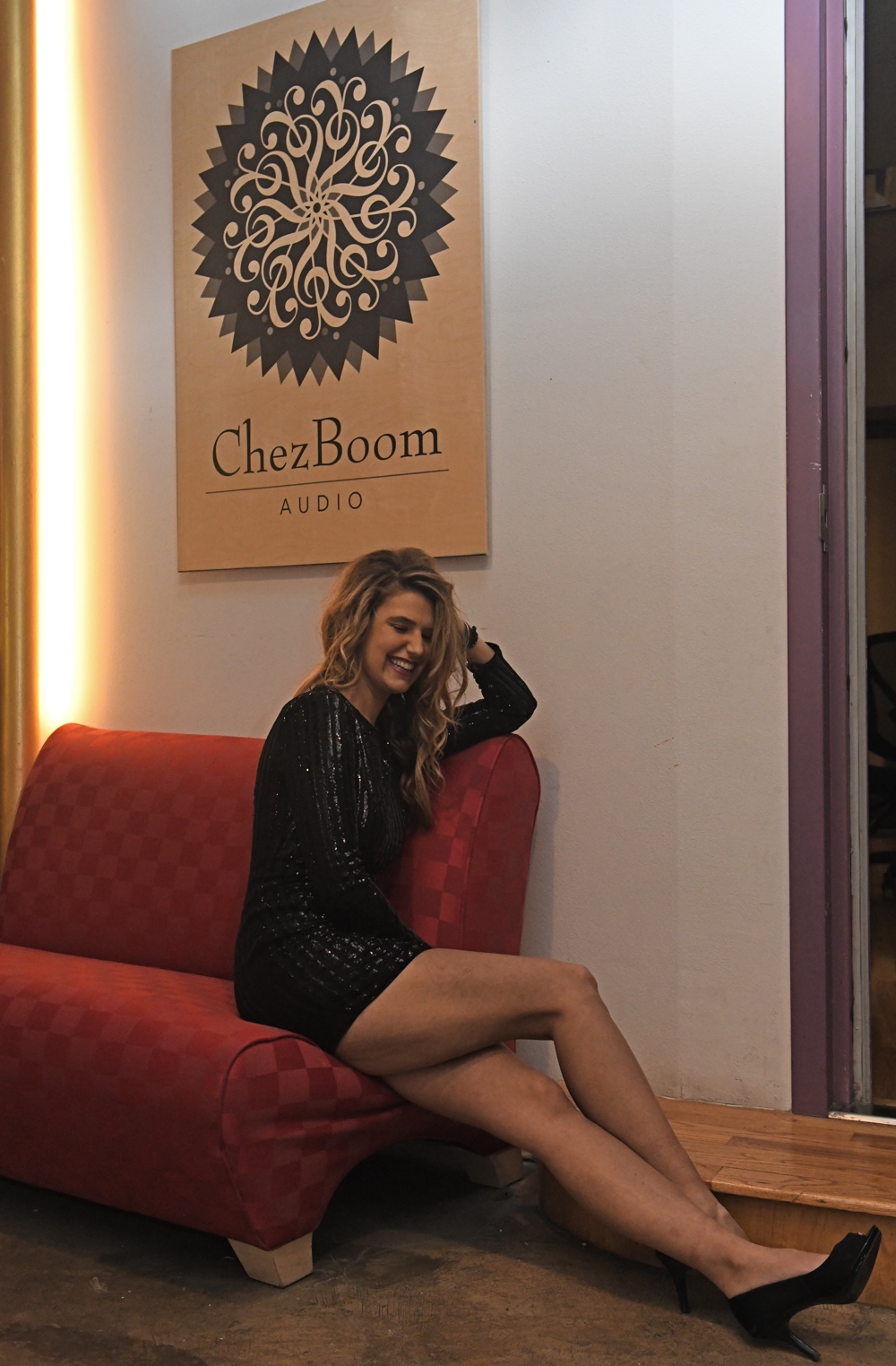 Shay, who grew up in studios with Dad Danny Levin, found a better way to love her work by starting her own audio engineer company, Chez Boom.

Eight years ago, Shayna Brown was already a trailblazer, a rare female presence in the world of audio engineering. Yet she felt like she was losing on all fronts. Her job required regular face time in the office. But as the mother of a young son, she felt like she was working all the time, and didn’t like leaving him. One particularly frustrating morning, a thought that had been bubbling in the back of her mind finally pushed its way to the surface, loud and clear: “I could do this better.”

It was a path both logical and unexpected that took Brown to that pivotal moment. The daughter of Austin musician Danny Levin, she grew up in studios. Homeschooled, she went to college at fifteen, and found herself having to fulfill a science requirement. She chose audio classes, and found she was a natural — orchestrating so many moving pieces quickly fit her personality perfectly, and given her dad’s musical career, she was already familiar and comfortable with the studio environment. She began working in studios to pay for college, and teaching digital audio skills to her dad’s “old-school” engineer friends who wanted to stay current with the rapidly evolving technology. Her skills grew, and she was making a good living doing commercial work. But making a good living doesn’t necessarily equal making a good life, and Brown knew she needed a change. 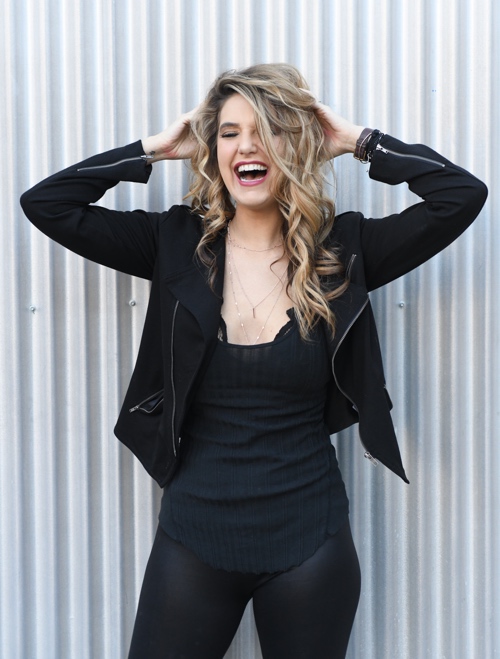 A rare female presence in the world of audio engineering, Shay loves inspiring others and serving as an example of a “non-typical” face in the business.

Now take that sensitivity, and stack it up against the challenge of starting your own business. Even the most fearless among us take pause at the thought of putting their own name on something, and risking both rejection and very public failure. Yet Brown, in her inimitable and bad-ass way, co-opted that fear and turned it on its head by not only accepting, but embracing what others “might think” of her.

I like to say one of my superpowers is being underestimated. I think people look at me and assume I can’t possibly know what I’m doing.
— Shayna Brown

She reveals how she uses assumption to her advantage: “I admit to playing that up a bit sometimes — I tell bad jokes, I goof around, I tease, I self-deprecate. That feels more natural than standing my ground and assuring people I’m good at what I do. I delight in people having low expectations that I can blow away. I think both professionally and personally this theme of people not believing I’m capable emerges. And it’s gloriously fun to prove that wrong.”

Besides that “glorious fun”, Brown has a deeply serious source of fuel for her work. “It’s my dad’s influence; I feel a deep moral obligation to help those who need it,” she shares. “He emphasized the importance of education, humility (“we’re always just human, each of us, no more, no less”), and helping those around us.  It was never okay to turn away from someone in need, no matter our own circumstances.  It was never okay to lie. It was never okay to take more than our fair share.” Brown is also buoyed by the belief that she can make a difference — and in fact, already has. She gets notes from people who say they’re inspired by her business success, and that inspires her to keep at it. She also enjoys her part-time professorship at Texas State (she teaches Audio Post Production). Not only does she get to share her time and talent with the next generation, but with so few women in her field, she also gets to serve as an example of a “non-typical” face in the business. 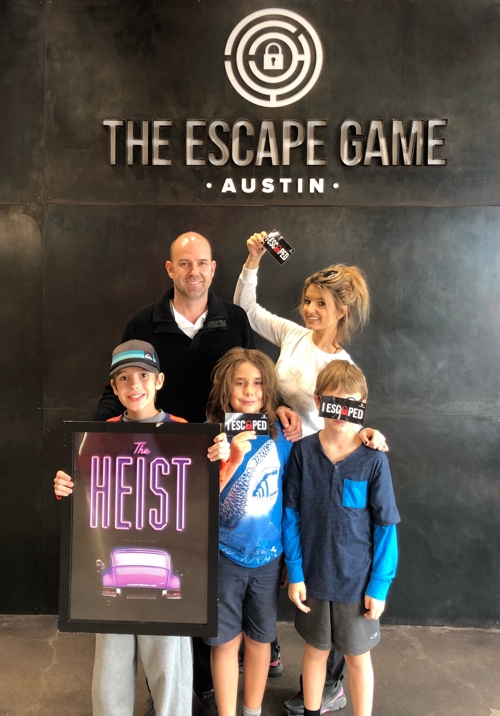 Shay counts her family as a guiding force in her pursuit of balance.

Never one to sit still, Brown has worked hard to figure out what parts of herself are immutable, and those things – family first, the importance of giving back to the community, lifting others up no matter what it takes, being part of creative endeavors for the sake of the creativity, not money, acting with kindness – have equal place for her in life and in business. Fortunately, she’s had a couple of great guides along the way.

“My husband, Sam Decker, is a successful businessman who never gives up on trying to be a better version of himself, which is incredibly inspiring,” she says proudly. “And my son is a very sensitive, moral boy (age 10) whose approach to life is so gentle and loving that it reminds me that those are core values of mine, too.  I am so very lucky to have these two in my life.”

From the path of this amazing journey, what does a win in life and business look like to Shay Brown? Her answer, like her recording work, is perfectly clear and beautiful. “It’s important to me to have time and space in my life to be a good boss, a good engineer, a good wife, mom, step-mom (to 4 kiddos!), sister, daughter, niece, friend,” says Brown. “If any of those are sacrificed, it’s not a win.”

Shay Brown’s Top Three Reflections on Life and Success
On Facing That “Go Moment”: Trust the process, and give it everything you’ve got. If you hedge, and try to keep one foot in the door, you don’t commit. But it’s that commitment that guarantees learning and success.
On a “Good” Career: I base this on what I’d want for my son Keaton. I’d love him to do anything that engages the heart and mind — and pays the bills. I want him to have options, and do something that encourages him to stand on his own two feet, with grit, perseverance and stamina.
On Life: I wish the one thing everyone knew is is that everything is a choice. People feel backed into corners or locked in, but there is no “how-to” manual for life — we are responsible for making our own lives what we want them to be. It’s our responsibility to be introspective and discover what makes us light up and pursue that. The brighter we shine, the brighter the world is.