Deep in his bones, American Ninja Warrior competitor (and data.world COO and Co-Founder) Matt Laessig felt compelled to test himself on the world’s toughest obstacle course.

He related it to what George Mallory, the famous mountaineer, said when asked why he wanted to try and climb Mount Everest (which had never been climbed before): “Because it is there.” 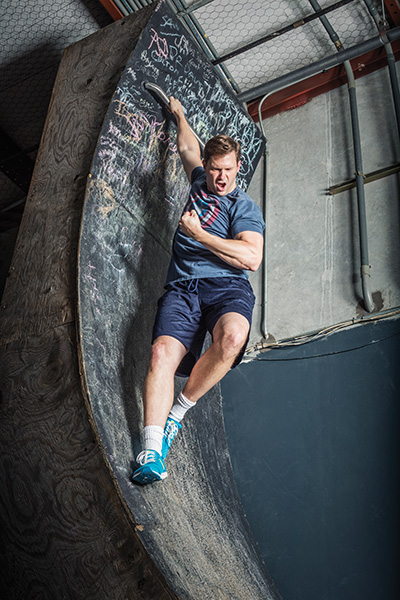 Matt Laessig didn’t expect to become part of a global phenomenon. But American Ninja Warrior caught fire, and he has been on quite a ride. More than just fitness or fun, it’s also taught this #Stout entreprenuer lessons about life and leadership. Stout Magazine sat down with him recently to distill what he’s learned on this unique adventure.

Stout Magazine: What has surprised you the most about your experience with American Ninja Warrior?

Matt Laessig: I always had a sense that Ninja Warrior would be very popular in America, but I’ve been shocked at how popular it really has gotten, and how global it has become. It really is beloved by a lot of people, kids and adults alike. Maybe the coolest thing about the show is that it’s something that parents and kids share together. I’ve been told many times that it’s one of the few shows that the entire family really enjoys, and it’s a bonding experience. Anything that brings families together in fun is pretty awesome in my book!

SM: How has Ninja changed over the years?

ML: I could write a novella on all the ways the show has changed over the years, some good and some bad.  Many elements of production have changed, as it’s gone from a backwater cable TV show to a network prime-time hit on NBC. We used to all compete together in Venice Beach during the daytime on a course of some low-grade obstacles, and they used to tell us barely a week or two before the competition that we’d been invited. On the positive side, as the show has gotten more popular, the quality of the course and production has really increased very impressively, and it’s had an incredible broad reach in motivating people to improve their health, challenge themselves, and dare to dream. Unfortunately, as the show has gotten more popular, it’s also attracted more people motivated by celebrity. We’ve seen a lot more self-promotional activity as folks jostle for the spotlight, and that type of behavior has felt at odds with some of the original spirit of the ninja community, which was founded in humility. 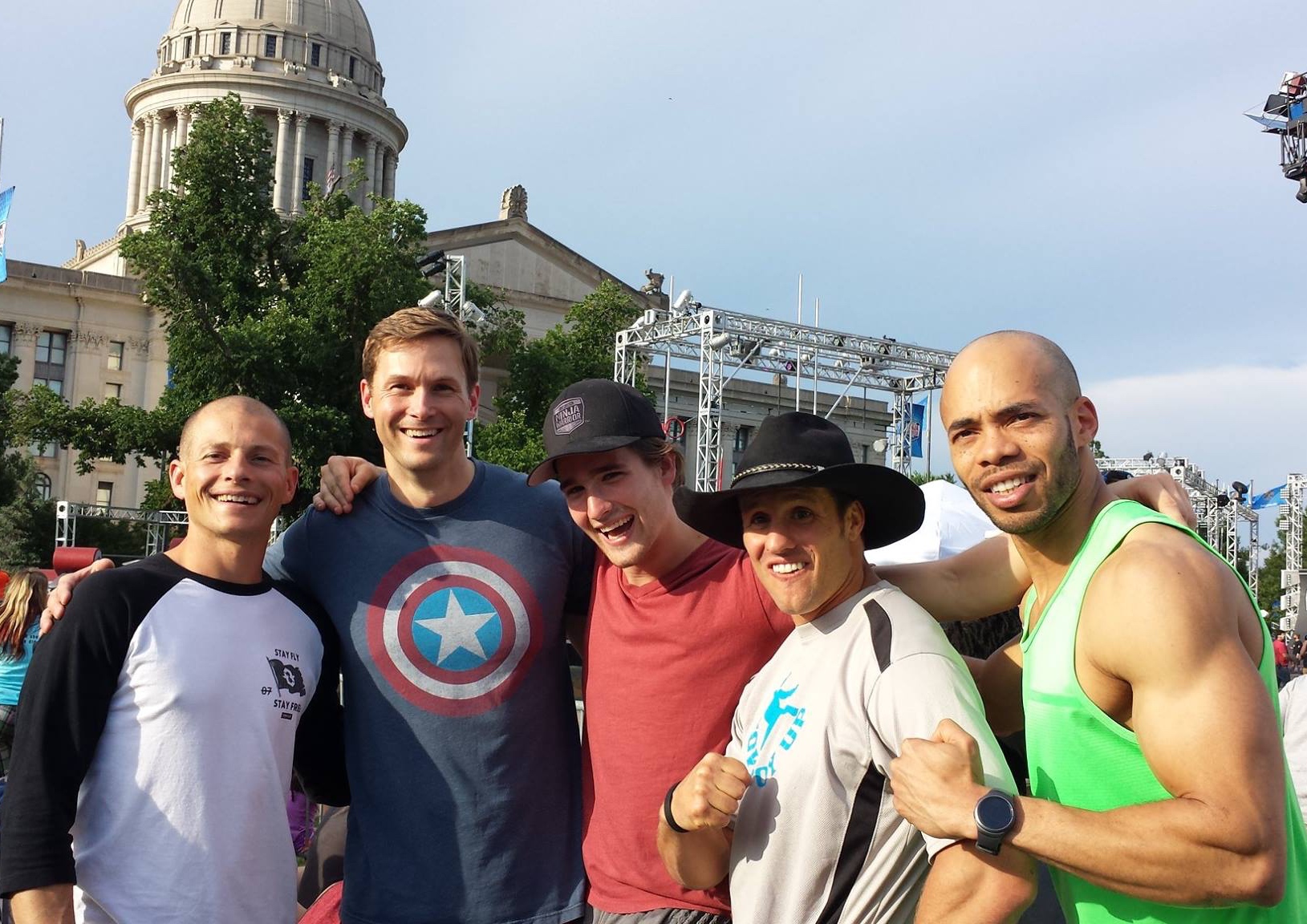 Matt takes a moment off the course at the Oklahoma State Capitol with friends and stars of the show Brent Steffensen, Thomas Stillings, Lance Pekus and Karsten Williams

SM: What have you learned from the other competitors on the show?

ML: I’ve learned a great deal from my fellow competitors on American Ninja Warrior, many of whom have become good friends. I’ve learned a greater comfort with failure, and a drive to push past that to new limits. I’ve learned new things about the human will – some of what people have surmounted to even step onto the course is truly inspiring. And I’ve learned that what you really need to focus on is the journey, as the line between success and failure can be extremely thin. If you define a long journey by something that can swing on an instant, then you’re destined to live too much of your life in disappointment instead of living in and learning from every experience.

SM: What do you think that your fellow competitors have learned from you?

ML: It’s hard to say, but some of my fellow competitors have told me that they admire my determination and my sense of perspective about competing. I’ve gotten to be close friends with quite a few fellow competitors, and in any given moment, failure on that course can be pretty crushing – particularly since you have to wait a whole year to try again, and even that isn’t guaranteed.  But for many people the true achievement is just getting to a place in their lives where they are able to compete at that level, and join an amazing very supportive community of fellow competitors. There’s a lot of hugs and commiseration on the ninja sidelines!

“I believe what compels us is testing and exploring the extent of our abilities. I think that’s a common trait in entrepreneurs as well as extreme athletes.”
– Matt Laessig 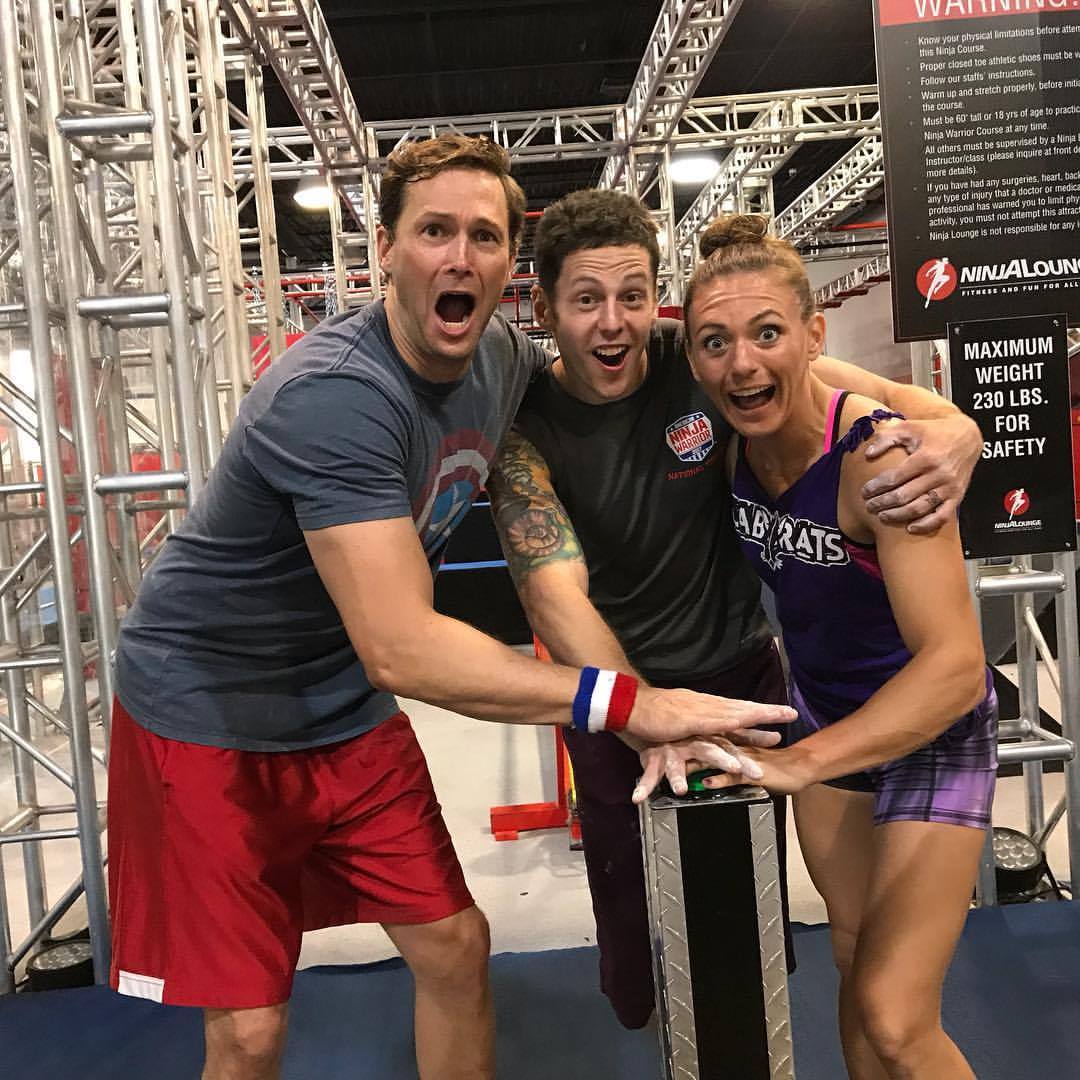 Breaking Open the Boundaries of Opportunity

SM: On the show, men and women compete on same course – what are your thoughts on that?

ML: I think that easily one of the coolest things about American Ninja Warrior has been the evolution and rise of the woman competitor. In the early seasons there were far fewer women competitors, and they didn’t fare very well at all. And then a small group of women competitors broke through and completed a course for the first time together in American Ninja Warrior 6, showing what’s possible. I was on deck in Dallas set to run next when Kacy Catanzaro was the very first woman to hit a buzzer on American Ninja Warrior   – it was a front row seat to history. I’m not exaggerating when I say that I had chills – all of her fellow competitors were losing our minds in excitement during her run. Kacy and other pioneers like Michelle Warnky, Meghan Martin, and Jessie Graff have inspired literally millions of women out there to push themselves and be more active, and believe they can compete with men in anything. It’s been incredible to watch how each season, more strong and determined women show up to throw down on the course alongside the men. There’s tremendous camaraderie among all the competitors regardless of gender, and a ton of support for each other. 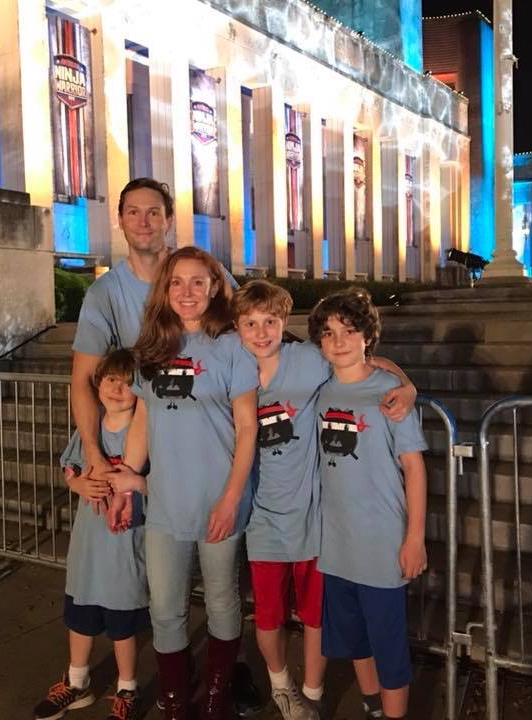 Pivots and Persistence: Keys to a Successful Journey

SM: How has your training changed over the years that you’ve been competing?

ML: My training has really had to adapt in recent years, just due to the realities of having a demanding startup and three wonderful sons who are my priority in life. Fortunately I live a very active life with my boys, where on any weekend you can find us at a ninja gym, the trampoline park, or the Austin (TX)Bouldering Project. When they were younger, we used to play heavily at playgrounds in games of chase and obstacle challenges. Unfortunately though, I simply don’t have the time some of the other competitors have to travel for ninja gym competitions or to train on obstacles several times a week. So during the week, in the crevices of time I have, I do a lot of body weight exercises at home – like pushups, pullups, dips, and handstand presses to stay strong proportionate to my body weight. I also have a slack-line in my front yard to work on balance!

SM: So about that infamous Warped Wall: did you use a “keep at it” approach to get over it, or did you adjust your strategy?

ML: Well, it’s a little more complex in reality than it might appear on the surface. What was particularly painful for me in failing to get up the Warped Wall in American Ninja Warrior 4 and miss completing the course was that I’ve always been quite good at the Warped Wall. That was pretty much the only time I’ve ever really failed it. Pretty embarrassing to do it on TV in front of millions! But I was recovering from a partially torn Achilles tendon, and I was the heaviest I’ve ever been on the course – I just couldn’t do it then at the end of a gasser of a course. The other thing that makes this more complex is that they’ve had many versions of the Warped Wall on the show, and it used to be MUCH harder due to the steepness. The Warped Wall now is a cakewalk; very few people have failed it the last 5 seasons since they rolled out easier versions, but in the early seasons of the show, it was a beast!

SM: Tell us the story behind “the 5th time’s the charm”.

ML: I’ll tell you, it was a long journey to get to clear the course and hit that buzzer in my fifth season. I’d come quite close to finishing the course in two prior seasons, and despite some pretty healthy self-delusion about my ability to clear most obstacles I see, I’d begun to doubt whether it was ever going to happen. That I cleared it for the first time in front of my wife, kids, and parents in the stands was pretty special. I know Matt Iseman (the host of the show) pretty well, and when I was standing on top of that wall having hit the buzzer and he shouted, “you finally got it big guy”, those words about the fifth time being the charm just rolled out of me!

It’s not just fun and games. Here’s the breakdown – straight from Laessig himself – on how he has taken the learnings from his Ninja experience and applied them to both work and life leadership.

▸ Takeaway 1: There is power in daring to dream and then taking action to bring it into existence.
This is the first and foremost lesson that I learned, and it is invaluable to anybody who is considering pursuing an unconventional dream. It’s in your hands to seize it and make things happen.

▸ Takeaway 2: Be willing to put yourself out there when trying for something exceptional, and don’t be deterred by the possibility of failing publicly.
This is an absolutely essential lesson for entrepreneurs, where the risk of failure is always present. Don’t let it hold you back.

▸ Takeaway 3: Put yourself under the pressure of the spotlight as often as possible.
Stepping onto the American Ninja Warrior course a dozen different times over nine seasons in front of the bright lights and cameras has helped me learn to channel adrenaline into focus and determination in high-stress moments. That’s been very useful in high-stakes opportunities in the business world, including pitching investors and presenting at conferences. I think the more you step onto any stage and find that you can perform, the greater your confidence in handling similar situations in all arenas.

The Difference Between Momentary and Momentum

SM: So what’s next for Ninja?

ML: For the show, it’s hard to say; it’s gotten more popular and has broader reach than I ever anticipated. We see Ninja Warrior competitions in the UK, Philippines, Sweden, France, and many other locations. There has been an explosion of local gyms dedicated to ninja obstacles and regular competitions with national leagues that run independently of the show. I think it’s been a catalyst for a whole movement around movement and obstacles that will continue for many years to come. What I think makes it sustainable – as opposed to a momentary flash – is that it’s play that just happens to be great exercise!

For more great leadership lessons, check out these features from the Stout archives. And if you’d like extra resources for pivoting to sustain your journey, we’ve got that, too. So keep reading, dreaming, and #BringOutYourStout.