Monica Peraza is a serial entrepreneur who has been the driving force behind four companies, including her latest venture, Alegreea.com, a marketplace by women, for women.

She’s also a passionate civic leader, co-founding the Hispanic Alliance for the Performing Arts with Teresa Lozano-Long, and serving as the founding President of MexNet Alliance (an organization of entrepreneurs and business executives), and as Chair-Elect of the Board of Trustees for the Joe R and Teresa Lozano Long Center for the Performing Arts.

Biggest Leadership Challenge: My biggest leadership challenge happened when I moved from the world of my own companies to the very different structure of a large non-profit. By nature, I am bold and tend to charge ahead. But in this different element, I needed to wait – to patiently learn the lay of the land. It was tough to go against my instincts, but it was necessary, and it paid off.
Biggest Leadership Win: I think that would have to be creating a company in the US. I founded and managed two companies in Mexico, but the US business landscape was a totally different world for me. It required a different way of operating, and I didn’t have same network as I did in Mexico City. Building Alegreea – creating a global marketplace from scratch – was a huge win. I combined all my past business acumen and non-profit experience to create a social enterprise for good. It is an incredibly complex model.
Goals for Making an Impact: I am a huge believer in transformation, and how it creates a ripple effect of success. By creating Alegreea – by women for women – I am giving women around the world access to channels that allow them to sell their handcrafted products without a struggle. It’s a win-win for all involved, and will continue to have that ripple impact as more and more women succeed.

Monica Peraza is the most inspiring kind of success: self-made.

What others may dismiss as simply dreams, Peraza sees as ideas enticing enough to put everything behind. She embraces the challenge to change the world somehow, operating on the philosophy that with time, commitment and drive, everything is possible. With her track record, there’s no reason to doubt that belief.

The same traits that have made Peraza a successful leader have been with her since childhood. She has an unstoppable, internal drive to be bold, committed, creative and disciplined. As she came into adulthood, those traits became the foundation upon which she was able to build a series of successful enterprises in both Mexico and the United States. 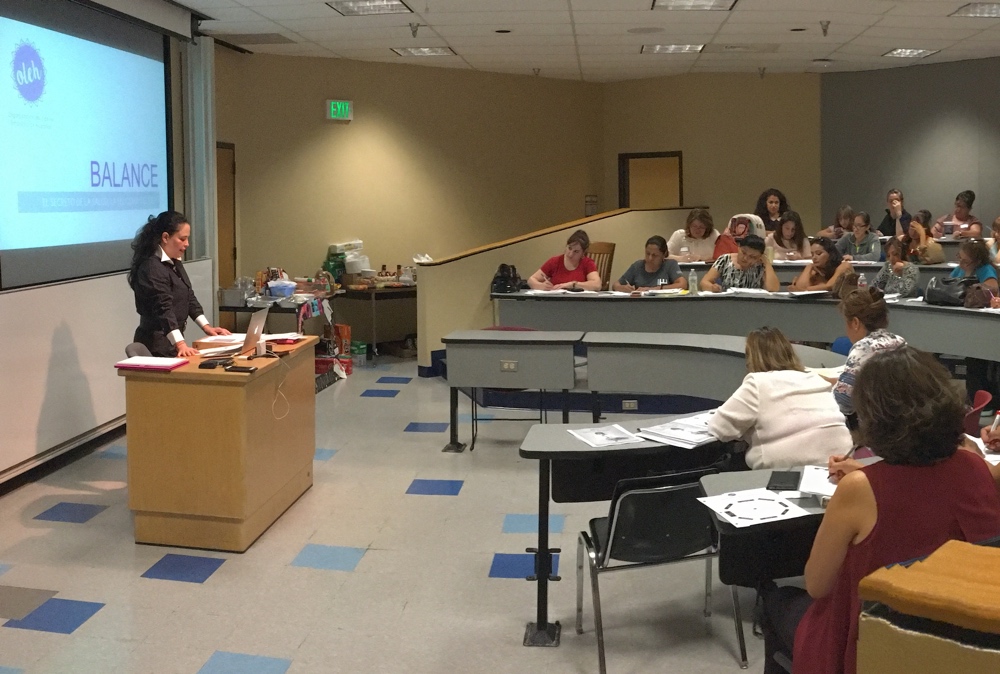 Peraza is quick to point out that she has not accomplished all of this alone, however – she is a firm believer in the “huge value” of mentorship. Her grandfather served as her very first mentor growing up, encouraging a young Monica to be confident. Later in her career, she met Teresa Lozano Long and Patsy Woods Martin.  Their tremendous, positive influence on her growth and development – both personally and professionally – solidified her belief that everyone should have a mentor. Peraza is also inspired by Facebook executive Sheryl Sandberg. “I have a deep admiration for Sheryl, and her passion to empower women,” explains Peraza. “She is soft, but bold. She’s been through so much, but is forthcoming about the challenges.”

As she journeyed through life, Peraza realized that her true passion is helping women thrive.

She has used her own success to help make that possible for others. She is the force behind three initiatives provided by The Hispanic Alliance, which she co-founded with mentor and friend Lozano-Long. Emprendedor U addresses the unique barriers faced by Hispanic entrepreneurs through business education and mentorship. Austin Soundwaves brings high-quality music education to Austin’s artistically and educationally underserved youth. And OLEH tailors resources to holistically support personal and entrepreneurial development for Latinas, including wellness, business skills and work-life balance.

“I want to work with people who are collaborating, supporting and lifting each other up – and I have a deep respect for those who walk the talk.”

“The Hispanic Alliance transforms lives,” Peraza relays enthusiastically. “It’s very humbling to go to EU graduations, and the OLEH graduations at (UT-Austin business school) McCombs – it’s a feeling like nothing else to see the whole transformation.” The work is not easy, but it makes her proud and is one of the biggest joys in her life. The transformations she witnesses also drive her to improve and evolve. Her latest venture, Alegreea.com, is an online platform that opens opportunities to Mexican manufacturers who are not able to embark in a huge export effort, but that have high-quality, unique products that compete with the best standards in the world. Her hope – a dream come true, really – is to start scaling Alegreea so that thousands of women around the world can change their lives for the better.

When asked about her leadership style, Peraza offers up a very interesting take.

“Leadership is something that you study and grow into, she explains. “Founding a business is very transformational – I’m totally different than I was ten years ago, and in another ten years, I will probably be totally different again.” But in general, Peraza feels that the world is moving more and more into collaborative environment, where people can combine their contributions instead of diluting them. 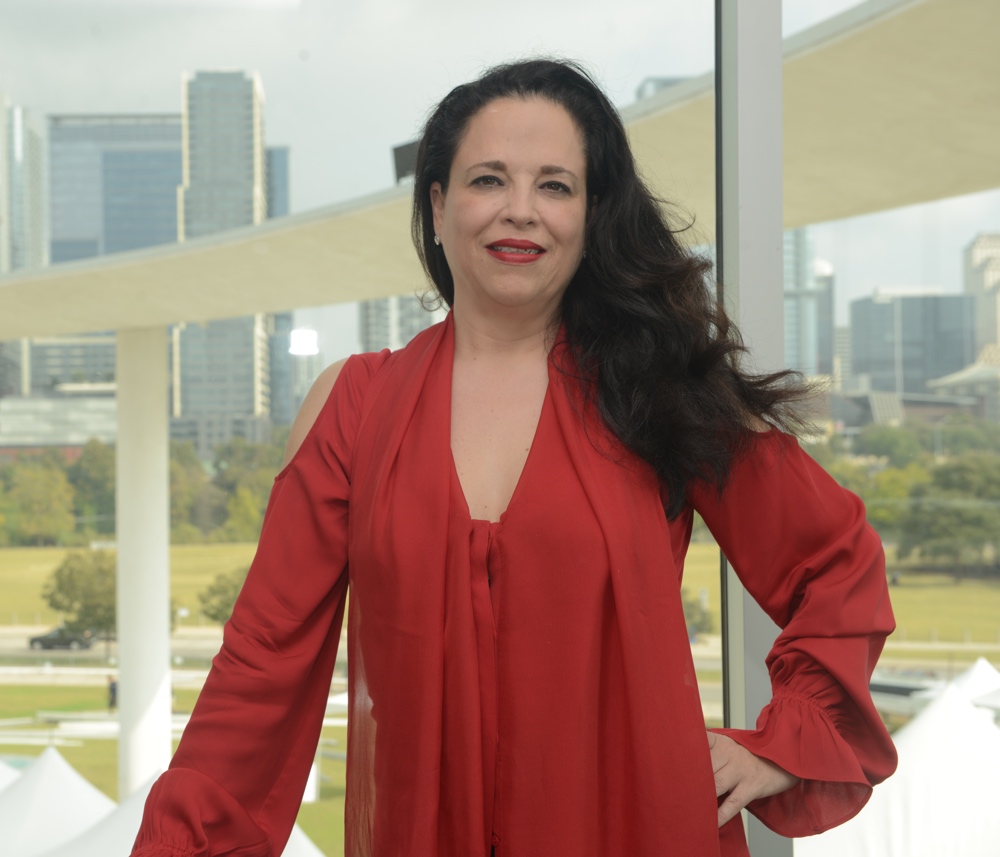 Monica Peraza the driving force behind Alegreea.com, co-founder Hispanic Alliance for the Performing Arts, founding President of MexNet Alliance and Chair-elect of The Long Center Board of Trustees, who on October 1st 2018 will become Austin’s first Hispanic female chair of a major art board

That said, however, she also believes that it is important for leaders to be bold, and that sometimes, leaders “just need to decide”.
While her leadership style has evolved, what Peraza looks for in partners and employees has stayed remarkably consistent. While she certainly supports the value of traditional education, she is also a firm believer in the value of “life-taught intuition”. “I look for values compatibility, commitment, and a leaning towards social entrepreneurship,” Peraza says firmly.

One more secret to her success? It lies in Peraza’s acknowledgement of the limitations of one’s own abilities. “As a leader, it’s important to know what you know, but also what you don’t know,” she emphasizes. “Successful leaders hire people who know what they don’t know – and trust them to do.”

Peraza has been careful about how she defines success.

She realized early in her journey that it was important to her that she be clear about her values – and hold herself accountable to them in both her personal and professional life. That’s a goal that, raising four children while building four companies, was an ever-present challenge. Still, she successfully managed work-life balance through a careful formula of growing her past companies just up to the point where she could still be there for her family. Her children, now grown and all succeeding in their own right, cheer her on as she wakes up every day to put 100% into her new effort to see women all over the world thrive through marketplace access. It’s exactly what you would expect from children raised by a mother whose motto is “failure is not an option”.