George Llewellyn, Principal Lamar Middle School in Austin Texas, shares how being Stout played into his journey to turn a school around. 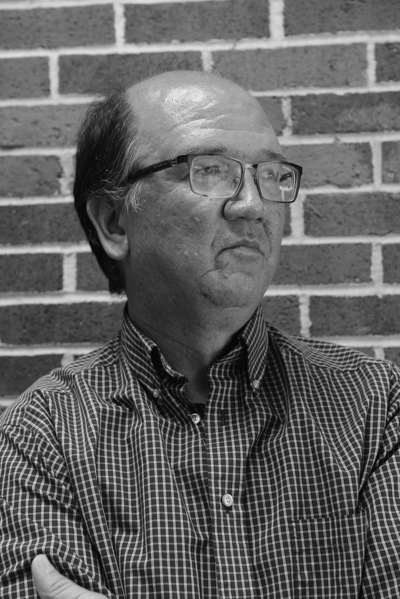 I had 2 weeks in July 2011 to redesign Lamar before my first meeting with the PTA executive board and concerned parents. Still, I made some big changes to the original plan. Instead of accepting the status quo, I constantly asked: “where are the missing pieces and how can I make it better from Step 1?”

I accepted the Lamar principalship knowing that the school was low-performing, much of the community had given up on Lamar as their neighborhood school, and that Lamar’s programs did not complement those at our assigned track destination, McCallum High School.

I believed wholeheartedly that if I could help the community’s confidence in Lamar, then it would continue to develop and bring back the neighborhood kids as well as attract ambitious new students. 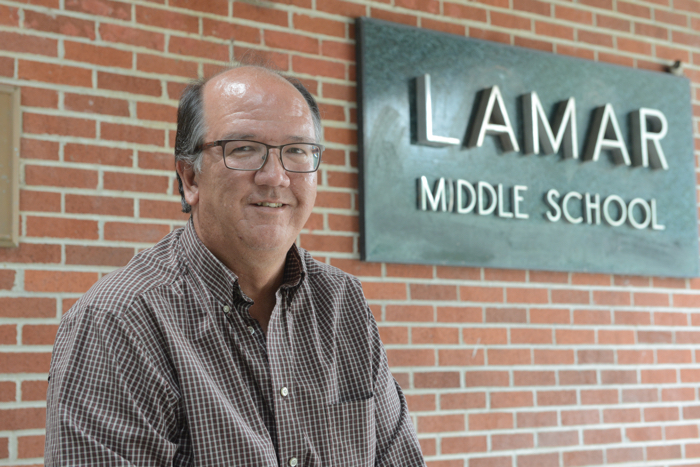 Prior to George Llewellyn’s arrival to Lamar Middle School, no teachers – or even its acting principal – participated in the PTA.  Enrollment from area neighborhoods was dismal, test scores were low, and kids were, in fact, being left behind. ChildrenatRisk.org ranked the school in the 32nd percentile for public and charter middle schools in the state of Texas. To say that he had a daunting task ahead of him was an understatement. But Principal Llewellyn, who at the time was serving as Academy Director at its feeder destination, McCallum High School, was poised, ready, and knew what it would take to turn things around.

He dove right in, “got involved, and empowered parents,” said Blake Stanford, Lamar PTA parent and Partners in Education Co-chair during this time. Working in concert with Austin ISD’s vision for the district as a whole, George, as many parents call him, made swift and impactful changes, creating a spirit of collaboration between parents, teachers and his staff.

“He is a strong leader and knows how to get things done,” says Stanford,  “by accessing and leveraging resources in the district.” 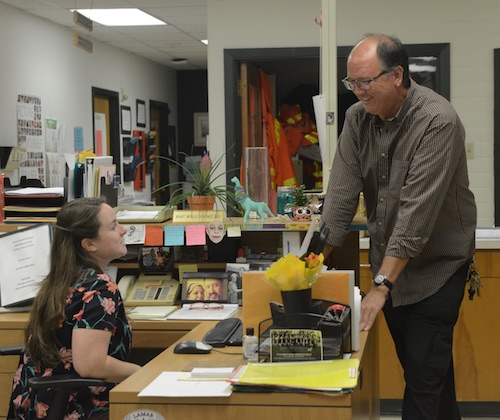 Llewellyn’s main strategy: to rebuild relationships with stakeholders (parents), listen and identify perceived needs, and compare those to known needs of its feeder destination, McCallum High School.  This led to bold changes, like making the school an accredited Fine Arts Academy, while simultaneously improving its math and science programs. He gave students more options by introducing Pre-AP geometry, engineering, computer science, creative writing, law, advanced sciences, Chinese language, Japanese language and even robotics, in addition to all primary areas of fine arts, including digital arts and media. Feeling that students should be able to learn much of their course work during classes, he even challenged teachers to be more accountable by rolling out a regulated homework policy – only the core subjects and foreign language may assign homework, from about 1 – 1.5 hours per day total.  All other courses are practice, project and discovery-based.

Principal Llewellyn was also very tactical, and a “scheduling genius,” said Stanford. When creating the robotics programs, he partnered with the McCallum High School teachers for inclusion training.  The result? He extended the track, offering more options in math and science to his students, and providing the high school with better-prepared students. In return, the high school was able to add a Robotics III course, and both schools’ programs are more robust.

Now, officially reclaimed by the neighborhoods it serves, Lamar Middle School  is a coveted Fine Arts Academy where students compete for admission from all over the city. And George Llewellyn is known as a champion of the students, who has created an atmosphere of mutual respect between staff, teachers, students, and their parents. Still as involved as ever, Llewellyn personally screens the school’s applicants to maintain the spirit of cooperation and impeccable reputation that has been established at Lamar.

Lamar Middle School By The Numbers