U2’s Bono has led the charts, hearts and minds of fans worldwide for decades. But it’s his movement, ONE, now 8 million members strong, that solidify his rock-solid status as a leader in international advocacy.

What luck, a friend called the other day with an extra ticket to see one of my favorites, U2! Did I want to go? Yes, was the answer before I even knew if I could juggle my schedule to make it happen.

AMAZING- POWERFUL- FANTASTIC doesn’t scratch the surface. Down on the floor, we were in the action and felt as though we were a part of the magic. They still look, sound and operate at the highest level, a testament to years of collaborating as a team. Their mutual love and respect for one another is evident. From the sheer production value to sound and message, U2 operates on another plane. And with Bono as the lead, they’ve had the freedom to musically explore provocative stances on political and social injustices, putting their craft, their signature formula, out to mainstream.

Bono’s movement ONE takes on many issues, including equality for women. Baffling that this still needs to be on anyone’s agenda in 2017, but here we are. And where light needs to be shed, you’ll find him and his band of brothers of U2. Thank you Bono for being the Stout badass you are, for caring so much about others, and for having the conviction and confidence to speak up and demand that we do too.

Check out the video below-U2’s Ultraviolet, Light My Way– a little piece of what I saw live and a showcase of U2’s tribute “to the great women who stood up, were shot down for their rights, who resisted, who insisted and who persisted.” From the efforts of early leaders like Rosa Parks and the Sari Squad to current leaders like Melinda Gates, Christine Lagarde, Michelle Obama, Hillary Roddam Clinton, and Laura Bush and breakthrough women musicians like Patti Smyth and Pussy Riot, U2 highlights an inspiring movement of champions for women’s rights. 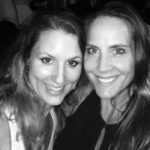 From U2 30th Anniversary of the Joshua Tree Tour.