This creative powerhouse moves fearlessly to her own music. Don’t miss our
Stout Bonus: the premiere of Patricia’s new video! 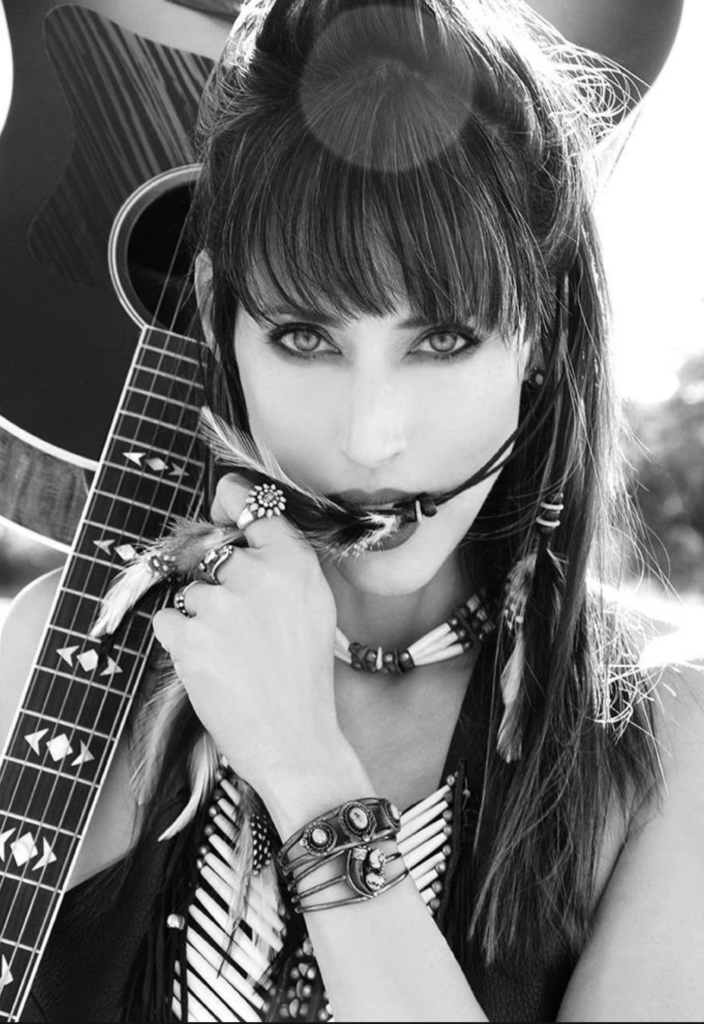 I felt bold when I moved to NYC in 1990 to pursue the arts and ultimately started my rock n roll band. I began writing songs, put an ad out in the Village Voice and played the New York circuit before moving back to my native Texas in 2001. While in NY, I met with record executives who wanted to do an overhaul: hire outside writers, change my sound and own my soul. I felt fiercely protective of my integrity as an artist and made a conscious decision to release my albums on my own label, Bandolera Records — no matter how hard it would be. I had a vision and I was inspired to put the very best of my original music out there with the best musicians. 7 albums later and an abundance of self-produced music videos, I feel accomplished, blessed, grateful  and ready for the next project — bring it on!

I was performing in Mexico City’s Zocalo and someone handed me a documentary about the missing women of Juarez. It creeped me out, and I felt compelled to write a song on my 3rd album called  “Missing Women”. It was vital to me to write it in 2 languages to bookend the album. My heart bled for these families who felt forgotten and would never reunite with their children. It was a prayer-like battle cry to help bring awareness to the missing and murdered women in Juarez, Mexico. I went to Juarez to meet the mothers of the victims, and shot some footage on the streets with a hand-held camera. I donated the song to Amnesty International, and performed it at the United Nations Headquarters in NYC. I will continue to be a voice against human trafficking and violence against women.

I felt determined to be an artist and to find a way to create my art come hell or high water. When I get excited about a project, I don’t wait for approval or investors. I do what I need to do to get it done. If there was something I didn’t know I went to school to learn about it, i.e. stop-motion photography, Final Cut Pro editing so I could edit my own music videos, drawing classes…even a real estate license for extra income, security and flexibility. With my animations, I believed in them so much that I submitted them to film festivals — and won several awards in Paris, Madrid, Barcelona, San Francisco, New York City. It’s another medium to share my art and a way to raise the bar for myself. 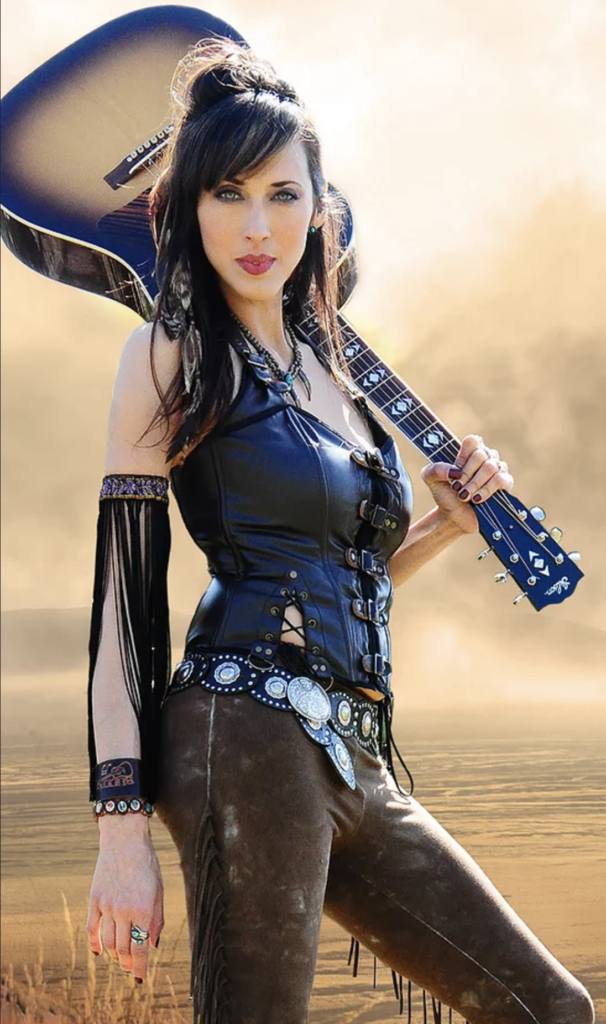 Patricia Vonne rocks her seventh album “Top of the Mountain”, out on her label Bandolera Records.

A Refusal to be Labeled

One thing that you can’t do with Patricia Vonne is put her in a box. More like a Russian nesting doll, each layer of her personality opens up to reveal yet another side of this striking artist. Underneath it all, however, is a unifying driver: an unwavering sense of self that drives her choices. Take the much-harder indie music route to protect her artistic vision? Done. Teach herself whatever it takes to move forward with a passion? Check. Perhaps it’s no wonder that her dream table for a dinner party of five would include a host of powerful personalities: Michelle Obama, Oprah Winfrey, politician Beto O’Rourke, journalist Evan Smith and her producer sister-in-law, Elizabeth Avellán.

It’s easy to assume that someone as confident and accomplished as Vonne is utterly fearless — how else could she put herself out there, and so boldly follow her own path? The real truth, however, is rooted in a lesson passed on to her by her parents.  Vonne’s father was a self-made traveling salesman and her mother a psychiatric nurse who worked nights in order to be home by the time her children — Vonne is one of ten — got home from school.

My parents taught me to have faith over fear. It’s not easy at times, but having a positive mental attitude is necessary to attract abundance.

Vonne cites her parents as her biggest inspiration, and that valuable lesson in faith over fear was the saving grace during a health crisis last year. As she explains it, “We all cling to what makes us feel safe and what we know — but that keeps needed change from occurring. To embrace it can be frightful, but necessary to get to the other side.” It’s a feeling so powerful that Vonne wrote a song about it (see her brand-new video, God’s Hands, below). 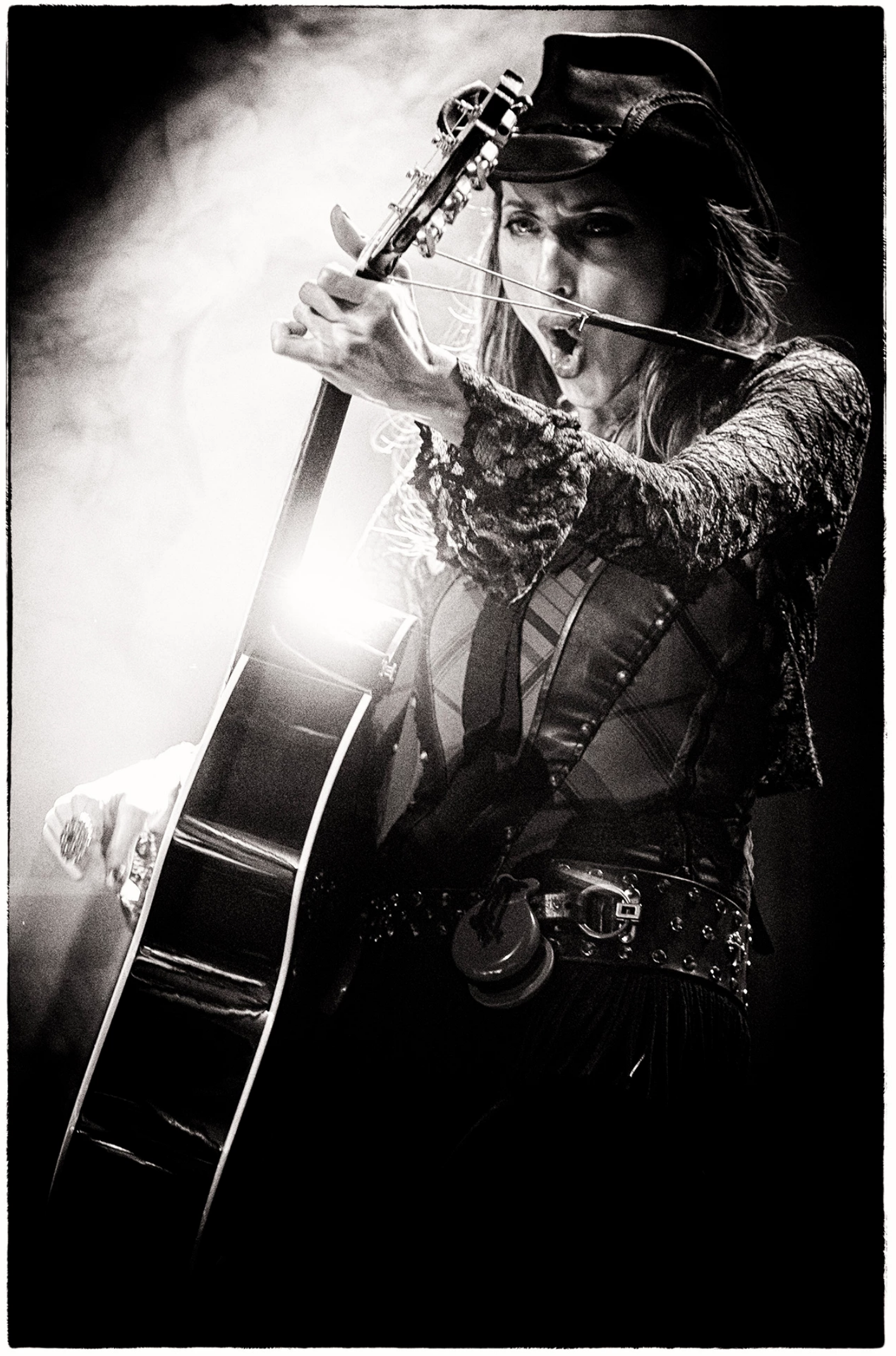 Patricia Vonne in her element, making the wildly creative music she loves.

Vonne is driven by music, dance and, as she plaintively puts it, “the need to make a difference in this world.” Many times, such as with her song about the missing women of Juarez, she gets to combine all three passions. And she will master whatever skills it takes to fulfill her goals. When she turned down signing with a record label, she knew financing would be an issue. Rather than wait for sponsors to come along, Vonne rolled up her sleeves and followed in her parents’ footsteps of putting in the hard work. Drawn by the flexibility, she trained as a Realtor. Armed with a license for the past 10 years, she has been able to continue to fund her own projects. The unpredictability of the business can be a challenge, she admits — but if there’s one thing Vonne doesn’t shy away from, it’s a good challenge. (Ask her to break out her red castanets sometime).

That Sweet Sound of Success

Many would look at Vonne’s albums, videos and awards as the ultimate trophies of success. But in keeping with her drive to make a difference in the world, Vonne defines a win in business and life as the chance to be of service and give back. “As a musician, I enjoy being a role model,” she says, “and I strive to inspire others to follow their dreams and be creative.”

Vonne’s essence, though, might be best captured in a simple image. Her phone sports a blood-red rose as its screen-saver. “Roses have thorns, but they’re still so beautiful,” explains Vonne. “And similar to life, there can be hardships, and something beautiful can come from those experiences.”

Patricia Vonne’s Top Three Tips for Fearlessly Pursuing Your Passion
Be Loyal to Your Own Heart
When it comes to setting her goals, Vonne is very clear. “I trust my feelings and what is important to me.”
Be Authentic, but Allow Yourself to Evolve
Vonne’s drive to pursue projects comes from within, not because of what anyone else “thinks” she should be doing – well, except for perhaps One person. “I feel that I am always evolving,” she explains. “I’m a multi-passionate entrepreneur on God’s mission to make it all happen in this short life. He’s leading the way for me.”
Go for It
You don’t want to have any regrets, says Vonne. Her advice? “Go find it, go do it,” she insists. “You just have to know what you want, and remember your center.”

Want even more inspiration from our #StoutWAYS successes?
Take a deep dive into our StoutWAYS archives, and let their unique insights help bring out your Stout.

From the artist:
“God’s Hands is about letting go and letting God. We often keep needed change from occurring. To embrace it is to feel almost as if you’re jumping from a high cliff, out into the unknown. But ultimately you must have faith that God has a plan for each of us. Harald Hohenthal directed this as a one-man crew.”

Director’s Notes:
“The song is about loss, hope and the unbreakable power of love. This is embodied through the lyrics as a storm to be weathered. Wind and rain form the struggle, which I chose to visualize with fans, water and very close framing, making it feel extremely personal. It’s the age-old desire to literally wash away your past, to create a fresh start and move forward towards new light. It’s not voluntary, it’s essential for survival.
We shot the music video in 5 hours in my studio in Bremen, Germany. Patricia sat in an iron ring suspended from a crane on the ceiling, hovering in the air with black walls around her. There was no heating in the studio at that time & we had to use ice-cold water. This rawness combined with the spatial confinement help channel the song’s emotional intensity.”

About the Director:
Harald Hohenthal is a German director and camera operator known for an adventurous and high adrenaline career that has brought him to projects in over 70 countries. His work focuses on aerial photography, advertising, TV documentaries and music videos. The human condition and modern migration are themes that appear throughout this work. He recently visited the Arctic for a German TV project and helped document the Syrian refugee crisis for the European Parliament.