Entrepreneur, author and thought leader in human potential Jen Groover spoke with Stout about the upside of conflict. Her #stoutINSIGHTS on how to reframe your fears and find successful resolutions could change your life. 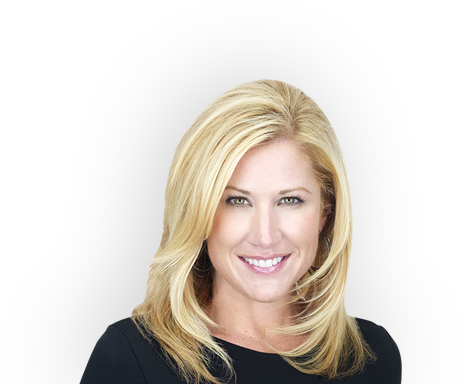 Do you tend to avoid conflict? If so, you’re not alone – and there’s a very real reason why you – and so many others – shy away from it.

According to emotional intelligence expert Jen Groover, the #1 struggle when it comes to conflict is fear. Because we don’t teach healthy conflict resolution skills in school or elsewhere, many people lack effective tools to positively reconcile their differences. Disagreements become emotionally charged, heated, and are often not truly resolved. The anxiety and pain from past negative experiences accumulate, triggering fear of future conflict and contributing to dissatisfaction in both personal and professional relationships.

Her goal is to help normalize conflict. If you see conflict as bad, you will tend to avoid it at all costs. However, if you can reframe your thinking, and approach conflict as a problem-solving exercise, you can learn to embrace its positive power. And it can be powerful – if handled properly.

Three truths from Jen Groover about the power of properly handled conflict.

1.  It Increases Intimacy: Most people see conflict as a destroyer of closeness. But in reality, conflict that is handled in a healthy way actually builds trust. And by conveying that a relationship is valuable enough to invest time and proper effort into, you ultimately build a deeper connection.
2.  Makes You More Successful: Success is directly proportional to the healthiness of your relationships. Using the right techniques for handling conflict leads to more compassion, mutual respect, and the ability to come to win-win resolutions.
3.  Helps You Heal: Part of the proper conflict resolution skill set is identifying things from the past that may be negatively influencing you in the present. Knowing your own triggers is the first step in healing them.

Good conflict resolution skills are equally beneficial in the personal or professional arena.

In business, leadership must be able to manage different personalities, model good conflict resolution techniques, not take things personally and have a clarity that is not possible if they are emotionally charged up. Projects and proposals are much more likely to succeed if differences among colleague or departments can be positively reconciled. And for those in sales, knowledge of conflict resolution principles helps them read people better, enabling them to adjust their approach on the fly to overcome objections and meet needs.

Even after people understand the value of approaching conflict in a different way, there is still the issue of resolving it in healthy way. Just what are those proper techniques? Groover shares these top tips for a positive pathway to resolving differences.

Set ego aside. The need to be right is one of the biggest barriers to successfully resolving conflict. Mutual understanding and mindful compromise are impossible if someone must “win” and someone must “lose”; – you need harmony to heal.

Assess your feelings. Triggers from the past are often the cause of current conflict. It’s important to stop and ask yourself, “Is this really something from in the moment, or is this a projection from your past that has slipped in?”. Taking responsibility for your own feelings empowers you, and can help reduce the other person’s defensiveness.

Train yourself to see multiple perspectives. Successful conflict resolution requires being able to see a situation from someone else’s viewpoint. Groover herself always tries to interpret someone’s position at least three ways. The key here is that you must be willing to have an open mind, and accept that viewpoints other than you own also have validity.

Use humor. According to Groover, “humor is often a good buffer and energy-shifter in intense moments.” Try a gentle, self-deprecating comment like, “I could be totally off the mark here” to diffuse tension.

Teach if needed. It’s critical to be aware that even if you have the proper skills for handling conflict in a positive way, not everyone does. People are often defensive, and may react to the process with disbelief or hostility. Groover advises being patient, reaffirming, and willing to teach/model ways to turn conflict in a positive direction.

Breathe. Groover emphasizes the value of proper breathwork when you feel yourself starting to lose composure. Mindful breathing can create a sense of calmness, and help you regain control. Having your own emotions in check makes it easier to deal with someone else’s.

Take a healthy timeout. Sometimes, when a conflict is becoming too heated or extended, one party may need to walk away. The key, according to Groover, is HOW you walk away. If you withdraw simply to punish someone, says Groover, that is “not emotionally intelligent – it is manipulation.” Removing yourself because you have become too emotional, and know that you cannot respond in a constructive way, shows respect for the other person and the relationship. Groover advises saying something such as, “I am too emotionally charged right now to be the best version of myself, and I need some space and time to process how I’m feeling, so that I can come back a better version of myself for a better conversation.” 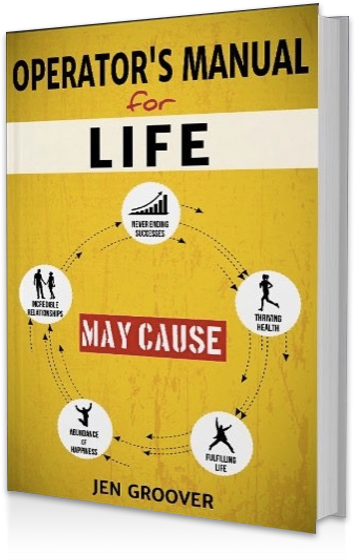 In her new book, The Operator’s Manual for Life, business and lifestyle guru Jen Groover talks conflict and techniques for successful resolution.

Bonus: The Business Value of Proper Conflict Resolution Skills Is On The Rise

Groover predicts that this skill set is poised to become even more critical, as society shifts away from sweeping disagreements under the rug to calling attention to conflicts with a hashtag. The catch is that as conflict itself becomes more acceptable, the current  lack of productive resolution techniques results in attacks and shouting debates that offer no true resolution. Culture coaches trained in emotional intelligence will be the next business innovation. While it does not fit the typical “math/science/technology” advance, proper conflict resolution skills will have a significant impact on how things are done.

Jen Groover’s name has become synonymous with innovation, entrepreneurship and evolution. A highly sought-after speaker and coach, her passion is to inspire others to realize their greatest potential on all levels.
Her upcoming book, The Operator’s Manual for Life, will be available on Amazon.com and other outlets in mid-April of this year.