CEO, survivor and steadfast advocate for human rights — Julie Smolyansky just might be our stoutest interview yet . . . 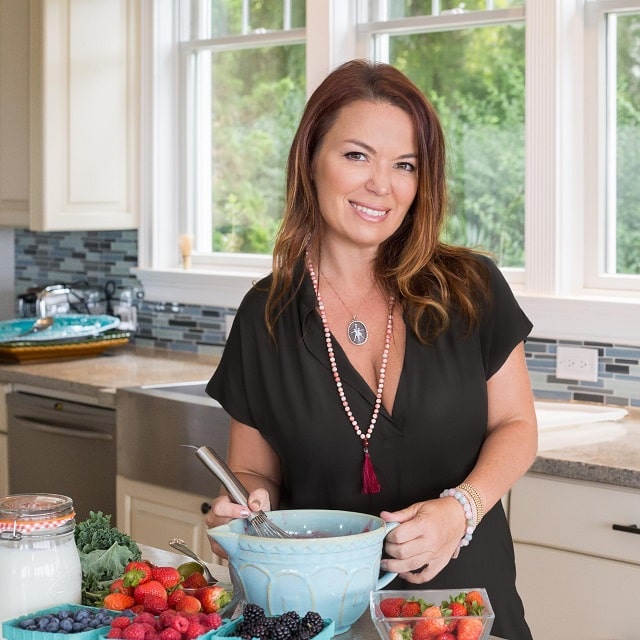 When my father (who ran the family business, Lifeway Foods) died, family and friends gathered at the house. I remember one of my dad’s friends telling everyone that the company was finished and to sell their stock because, “there’s no way a 27-year old girl can run it”. In a weird way, that statement was a blessing, because it fueled me to prove him wrong — to prove to the world that I could do it.

I’ve been active in the conversations around violence against women since I was a teenager in the 90s, when the atmosphere was one of shame and stigma. But coming out publicly as survivor myself — onstage at the Oscars, on international television with fifty other survivors and Lady Gaga — was my biggest moment of powering through fear. Courage and bravery are not the absence of fear, but doing what you have to do in spite of the fear.

I am committed to helping others realize that there are choices in life. I want to reverse the old model of deprivation, deprivation, deprivation. I want to keep spreading the message that everyone deserves to have health and joy and abundance and love — especially girls and women. Women are perfectionists, and never feel like they’ve done something well enough, whereas most men will just say, “I crushed it.”

One might think that becoming the youngest-CEO of a public company at the tender age of twenty-seven would be life’s toughest challenge. Not so for Lifeway Foods CEO Julie Smolyansky. After surviving an assault as a teen and then losing her father, “the worst had already happened”. And the best way to heal all that brokenness, she discovered, was to turn her pain and the voices of her haters into fuel. “I embraced the work,” she recalls of that time. “I put all the pain, grit and learning into Lifeway and our customers.”

Perhaps her fortitude in the face of great pain shouldn’t come as a surprise. After her great-grandmother was murdered by Nazi’s invading her native Kiev, Smolyansky’s grandmother survived by hiding in the woods, remaining on the run for the rest of the war. And when Smolyansky was just a year old, her parents took the great risk of fleeing what was then the Soviet Republic, immigrating to America to start a new life. “Strength is part of my DNA — I come from a long line of survivors,” she explains.

I’d rather feel the fire and lean into the fear.
– Julie Smolyansky, CEO Lifeway Foods

A Champion For Survivors

That survivor’s DNA has proven to be a gift. From pushing the conversation about violence against women long before the #MeToo movement, to coming out as an assault survivor herself on international television, Smolyansky has been a tireless champion in the fight against abuse of all kinds.

Her family’s background has fueled her support of immigrant rights, and as both a woman and a mother of two girls, her assault has driven her to not only speak out, but take concrete action.

“Did you know that at one point, there were over 400,000 untested rape kits in the United States?” she asks incredulously. That shocking fact led her to start her own nonprofit, Test400k. Its mission is to not only eliminate that backlog of untested rape kits, but to empower healthy and safe communities by ending violence against women and children. As a result of Test400k’s outreach and education initiatives, a wave of rape kit testing reforms swept across the country — although much work remains to be done.

Being alive, being a human, is hard and painful and that journey of learning to get through it is the whole human experience
– Julie Smolyansky, CEO Lifeway Foods

Smolyansky also produced the 2015 documentary The Hunting Ground, which revealed the shocking truth about sexual assault and coverups on college campuses. She met Lady Gaga, who wrote the award-winning score Til It Happens to You, during filming and stood up with her and fifty other assault survivors onstage at the Oscars. The next topic she’s tackling, in a documentary to be released later this year, shines a spotlight on the dark and pervasive issue of harassment in Hollywood and the entertainment industry. 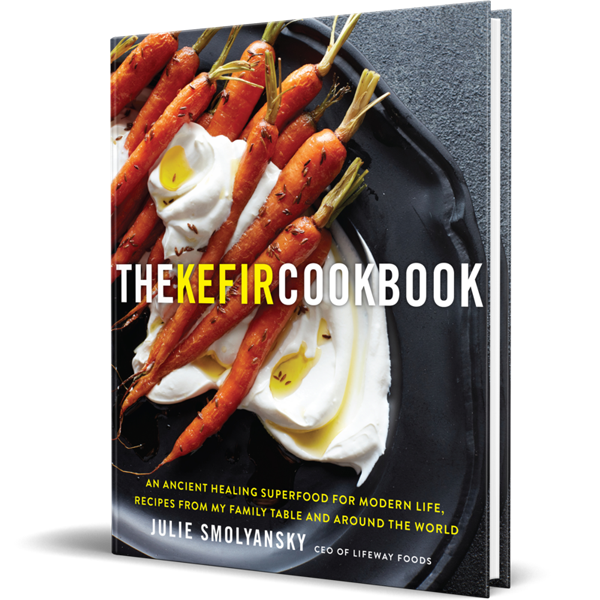 Julie, whose immigrant parents started Lifeway Foods to introduce kefir to America, gathered globally inspired recipes made with the probiotic-rich and nutrient-dense superfood in The Kefir Cookbook.

“Doing It All” Takes A Team

Smolyansky says that one of the biggest misconceptions about her is that “she can do it all”. It’s easy to see how that could happen — in addition to running the Lifeway empire (and rolling out a new line of plant-based products), she’s looking to follow up her 2018 book, The Kefir Cookbook, with a full memoir.

She’s quick to remind everyone, however, that she, “has a lot of great people around who make it look much more glamorous than it is.” In fact, she considers it crucial for others to realize that everyone has pain, tears and feelings of loneliness, even if no one see it.

While she may not be doing it all, Smolyansky’s strong sense of obligation to give back won’t let her sit still anytime soon. “Every day, people share their own stories with me — it gives me purpose,” she explains. “And what happens to our youth and the next generation is a huge source of inspiration for me, too.”

Your gut and bravery are muscles you can build, by bringing your outside and your inside into alignment through good food and other positive choices.


Step Into Your Fear
“Bravery is pushing through fear, not necessarily eliminating it.”
Remind yourself that you can handle what is on the other side of that fear and TAKE ONE BRAVE STEP to start your momentum and move forward.

Get Purpose Driven
“Having a goal that is bigger than yourself can empower you.”
Find what lights you up, what you were meant to do or share and use it as fuel to take action.

Give Yourself Breathing Room
“When there is conflict, take a minute for a few deep breaths.”
When emotions escalate and the amygdala kicks in with “fight or flight”, a few seconds to assess can give you time to properly read, process and respond to cues. This is especially important for trauma survivors, whose fight or flight reaction may be heightened.

Take Care of You
“Self-care is non-negotiable. It takes guts to decide to love yourself enough to make healthy, bold and brave choices.”
Overcoming the culture and society that taught us that we’re not enough or trauma we’ve been holding inside is not easy work. Make time to check in with yourself, rest and realign.

Looking for even more inspiration?

Take a deep dive into our StoutWAYS archives-the unique experiences and insights captured in our in depth, personal interviews might be just what you need to #BringOutYourStout.